"Well I was going to lie down and die, but since you asked so nicely…" 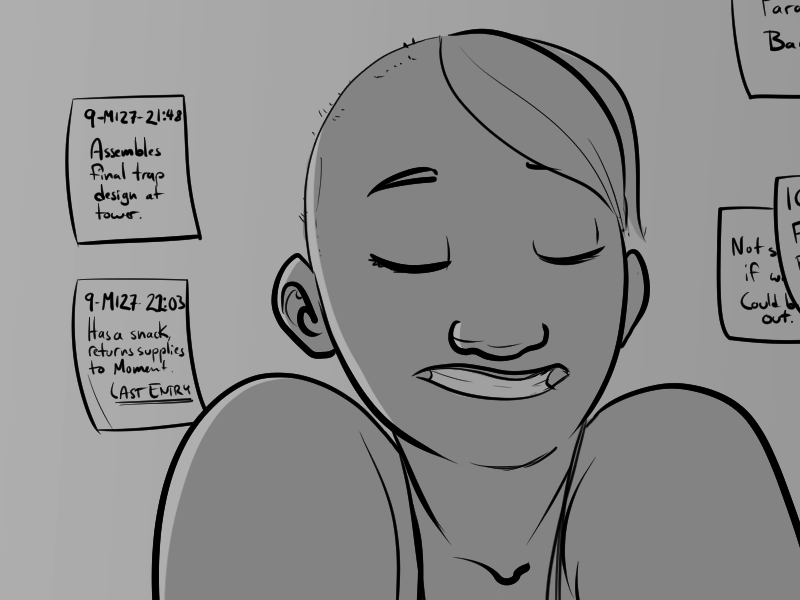 "Oh, hey," says Kendra. "Did you measure the Nothing?" 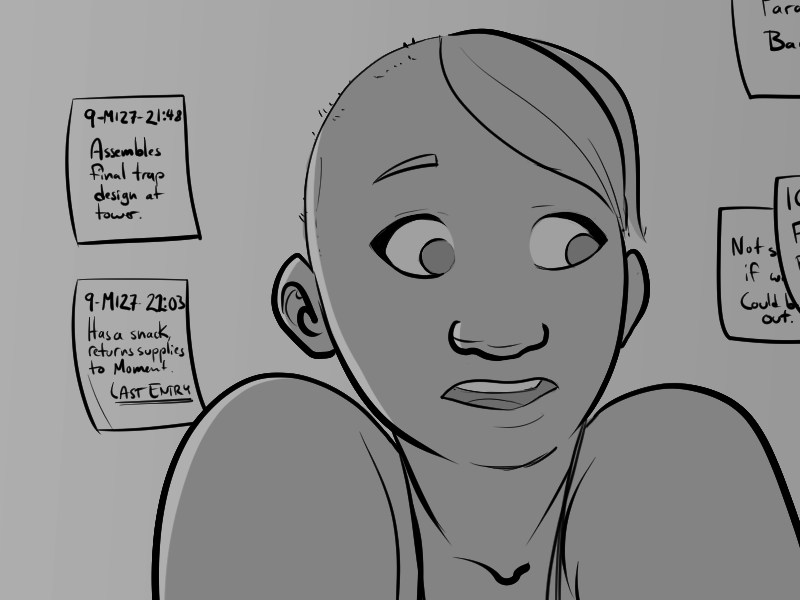 "Right! Sorry, yeah, I didn't update the logbook - no surprises."

"That's a relief, I wonder why it was running fast earlier?"

On their first day, they'd lost four meters of radius, considerably more then B6's projections suggested they should.

"It has to be the extra passengers," says Bina. "The other Bina's never brought anyone here. They wouldn't have had data on what three other percieving minds would do to the burn-rate."

"Maybe," says Kendra. "But we didn't see that when it was just me here, after Three reset us."

"We did with Elizabeth," says Bina.