"Uhh… well not like in person it was sorta when I was busy dying of fever," says Bina. "She came at me in my dreams. Tried to make me eat some weird stuff… stuff I saw in another dream."

"It's like goopey static? Piotyr ate some and she seems OK, but I dunno what would have happened to a mere mortal like myself if I'd eaten it."

Piotyr, hearing her name, is momentarily distracted from her attempts to acquire tasty meat patties - but only for a second. 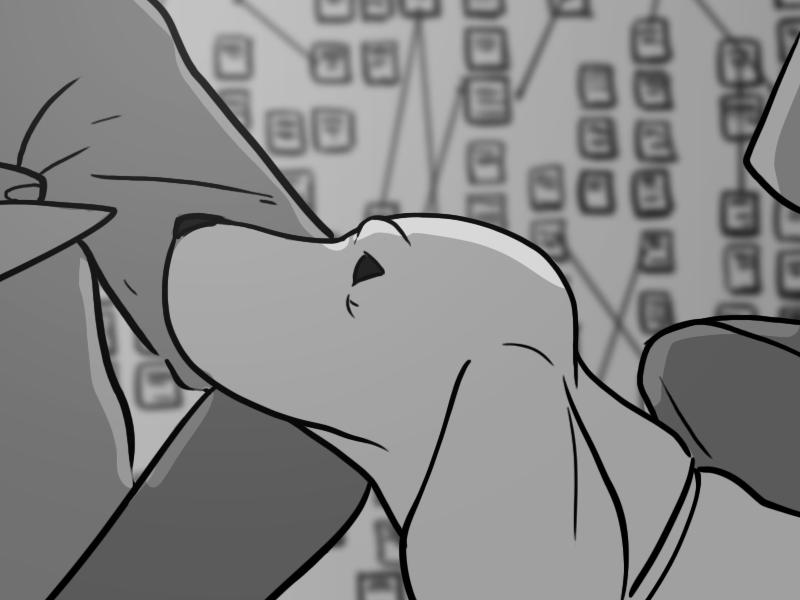 "Is it safe for me to give some of the patties to her?"

"You just said she ate evil dream static," says Amie. "I don't think puff pastry and beef is going to do anything to her if that didn't."

"Yeah but I don't want her to get fat. Er. Fatter. Yes, I'm talking about you goofball."

"So you had a dream about her?" asks Kendra. "I don't know if that counts."

She hands Piotyr half of the pattie she's eating. Piotyr makes it disappear almost immediately, and then thanks Kendra in the traditional doggy fashion. 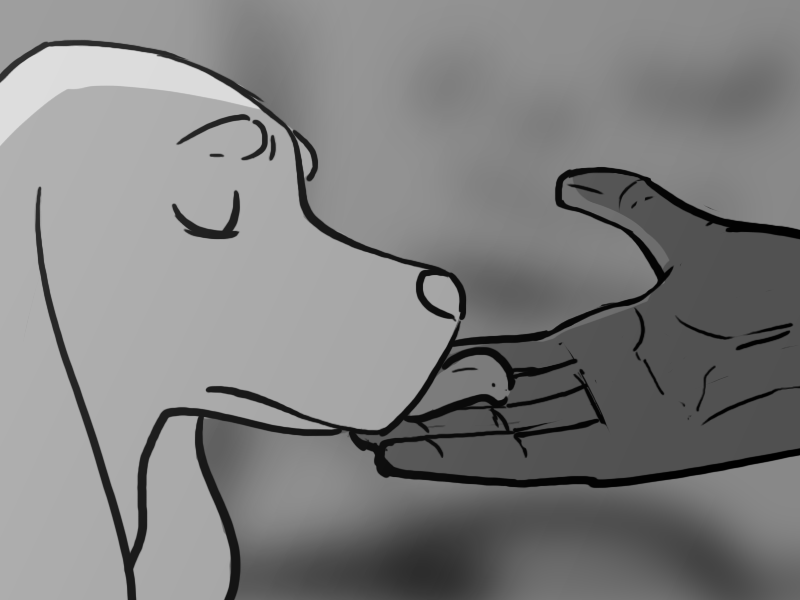 "Really?" asks Bina. "'Cause I mean, I think so, but I've been giving it even odds that I've just gone super bonkers."

About this scene: This conversation is going over a lot of ground that is relatively well established. I'm doing this intentionally, because I know there are a lot of people who have been reading regularly who may not have thought about this stuff for about… well two years now for some of this.

As this section is going to involve making plans on how to kill a god/beast/monster/giant bug from space, I thought it might be a good idea to go over some of the stuff we already know as, sort of, a refresher. There is new information in this scene, but it's going to come later.

nonchalantAnemone:
So I'm not too clear on all of the mechanics of time travel (is there like a wiki or something?), but I was wondering if there's been an explanation of how Bina "increments" herself. How does she get to the next iteration? For example, they mention Nine escaping, but then what does she do to reset the loop so that Ten can exist?

Thanks for all the work you've put into this - it's been a wonderful read.

Hi nonchalantAnemone! Thank you for reading! We have not clearly established why loops are happening yet, but Bina and company are currently operating on the idea that the Botfly is resetting the day for some reason, possibly when it is about to lose.

Fro_52:
i'll admit, i love the daily updates, but it's like watching a (admittedly, fantastic) movie ten to thirty seconds at a time over the course of months, so i'm likely to have forgotten things. still, that's what the archive is for.

Thanks Fro_52! Yeah. I think I'd find the pace a bit frustrating if I were the one reading it too. It's fast enough that if you leave it for too long, you come back to a big chunk of stuff to catch up on, but reading daily means you never really have time to dig into it.

Would you (or anyone else who finds the daily updates tricky) be interested in e-mail reminders? Someone suggested a while back that I create an e-mail list for weekly and monthly reminders, but I wasn't convinced there'd be interest in something like that.

What do you all think?