Primary Temporal Position: 1369
Reset Temporal Position
"The one we have the most evidence for is really just a confirmation," says Bina. "When Gregor told us he had access to information between loops, he wasn't kidding."

"Not really," says Bina. "I mean - it was a good bet, but based on how the other Me's interacted with him, he'd usually, in the next loop, do something to screw with that."

"But his information isn't perfect," says Amie. "He's not remembering the loops, because he screws up a bunch."

"Tell me about it," says Kendra. "If he'd searched Bina before locking us up in that basement, we'd have been killed when the building collapsed."

"Yeah, I don't think he was trying to kill us," says Bina. "The building only started collapsing in loop 11, when the factory got big enough to send tendrils out to ruin the foundation. I think bringing us to the Botfly has always been the plan… maybe."

"It's just… how it acted. It's had opportunities to kill all of us, especially me, and it hasn't. I think it doesn't really get the idea of resistance? Maybe it can't understand that other creatures are separate from itself, or it thinks it's so awesome that we should just do what it wants because it's what it wants. I dunno. There's stuff Gregor said that I can't really remember, early on when I was still hoping all this was a dream, about it wanting to be my friend, or me being it's friend or something?" 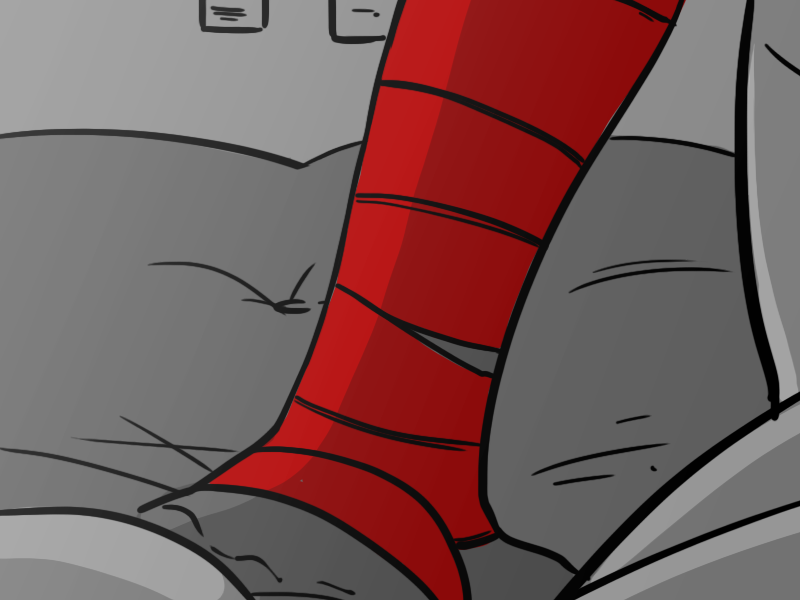 "I wouldn't read too much into that," says Kendra. "We don't know how much of what Gregor says is genuine insight and how much is just stuff he's made up to explain what he's doing."

"Has he ever succeeded? I mean - in getting you to the botfly."

"He got close with Nine," says Amie. "Had her all tied up and stuff, but she got away because the rope he was using was like, nylon paracord, and Bina isn't above using blood as lubrication."

"… which is when he started using the handcuffs," says Bina.

"So that's it? We just confirmed that Gregor isn't just bragging?"

"No, there's other stuff!" says Amie. "But it's an important thing to confirm. It means he either has some way of communicating with himself across timelines, or he really is actually talking to the Botfly. Like - with language."

"Somehow the idea of something like that talking is just really weird."

"She talked to me," says Bina.

Kitticus Rex:
Kendra: Ask how they managed to get through all the "waxed poetic" of Bina's sex fantasies without falling to giggling.
Amie: Look completely surprised about this, and get a little upset that you weren't included in the reading.
Bina: Wish you could melt into the bed and disappear.