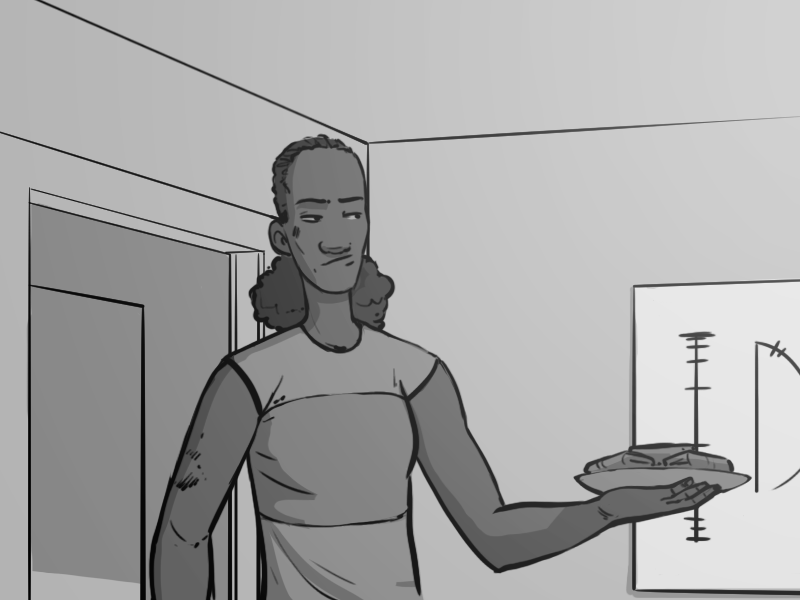 "We should eat," says Bina.

"What have you done to that dog?" asks Kendra.

Dave Rapp:
Speaking of things that have sticky notes on them - how is Piotyr supposed to be pronounced? I've been saying "PEE-oh-teer" in my head but somehow I don't feel like that's right? I don't know why I'm asking this now, of all times.

Ah! Yeah, the real Russian pronunciation is more PYO-tyrr. I'm not really sure how any of these three pronounce her name, none of them speak Russian so it's probably a big mess and disaster.

Chaz Wallace:
I would LOVE to see on the next update, or the one after that, of no text just a single MASSIVE picture showing detail of the wall and the notes on it. Where we can read the notes and see the lines and colors of the yarn and etc.

I would love this too, but it's just not possible on a daily update schedule. I spent like five hours on the update yesterday and that did not involve nearly the amount of work that doing something like that would require.