OK, yes, technically speaking, sure, but it's just a cut on her foot. It's barely even a thing. It hurts, yeah, and it's like three inches deep, and Emmie keeps complaining when she walks on it, but it's not major or anything.

The important thing is, they came here for her knees, which also do not count, and the fact that Kendra had been awake for like 72 hours and was kind of losing her mind.

BookNerd:
Bina: First, take a moment just to smile about the fact that you don't have to do anything just at the moment. Then, maybe, make breakfast. That sounds like a nice, relaxed thing to do. 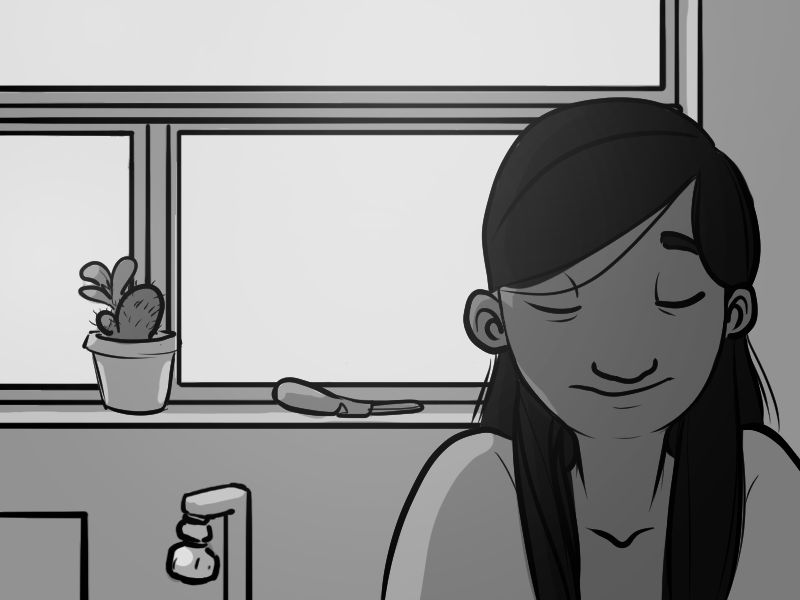 What to make though? What she really wants is idli's, but she'd have had to start them last night, and they have none of the ingredients. Not even rice, which makes Bina uneasy in a vague sort of way. A kitchen without rice in it is just a strange room with a suspicious amount of knives.

Kendra bought a lot of food but Bina has no idea what to do with 90% of it. She bought two rolls of pre-made puff pastry but no sugar? What was she planning on making even?

As Kendra swears again outside, and drops something, Bina realizes she doesn't know her friend's ethnic background at all. Bina resolves to ask later.

Bina has come to terms with most French Canadian cuisine since moving to Quebec. Even poutine, which took some doing, but she draws the line at french toast. French toast tastes like a lazy person tried to make a cake and gave up half-way through. 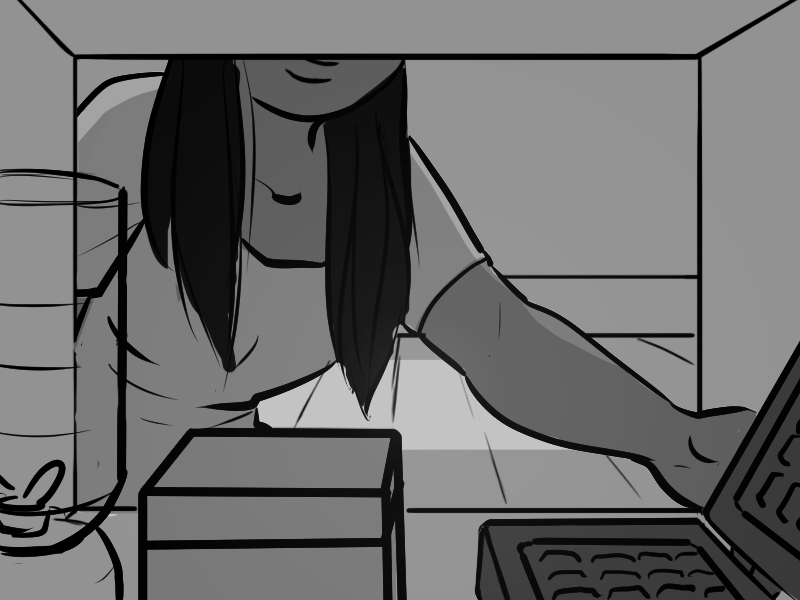 Would anyone actually store a waffle iron open? I hope not, that's barbaric, but there isn't an easy visual way to convey 'waffle iron' without seeing the waffle thingies.

I don't ask for money for this comic, and I never will, but if anyone wanted to throw some money at the ACLU today, that would be awesome. If you do, there are lots of people matching donations, so look out for those.