"I have a very persuasive alarm clock," says Bina. 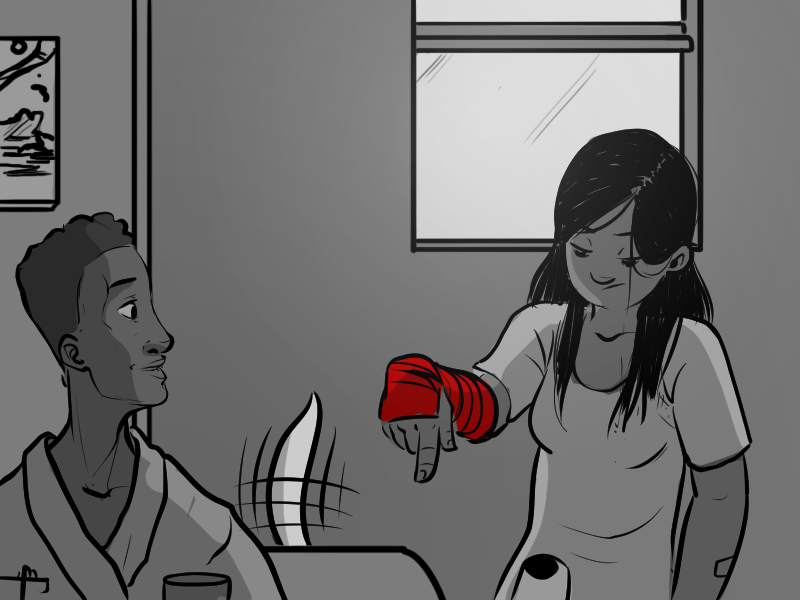 "Will you let me take a look at your knees after you shower?"

"Yeah," says Bina, trying not to feel annoyed. It had taken her an embarassing amount of time to descend the stairs. Her left knee really isn't enjoying the whole bending thing at all lately, and is still hot and tender to the touch.

She decides to change the subject, "Where is everyone?"

"Kendra hauled one of the machines in the basement out onto the deck and is taking it apart," says Emmie. "I haven't seen Amie yet, but Kendra said she went to measure the Nothing."

He pronounces the capital letter on 'nothing'. Bina's earlier suspicions of Emmie being a big nerd are confirmed.