If he goes toward the loader, like she did, she'll slip down beside the sink-hole to cut his line of sight. If he goes the other way, she'll sneak around the piles of stuff.

If he comes directly toward her she'll, well, she'll just run and hope for the best.

Or, wait, better idea. If he comes this way, she'll try the old 'throw a rock far away and hope it attracts his attention' thing. It probably won't work, but if he decides to look behind this pile of sandbags, then the gig is pretty much up anyway. There's no way she would be able to get to another piece of cover without being seen.

The fact that he's taking his time and doesn't seem particularly bothered by her running away doesn't fill her with the happy funtime feelings. He must be really convinced that she honestly IS on Team Green, or else he's certain that there's no way out of this pit.

Here's hoping its the first one. 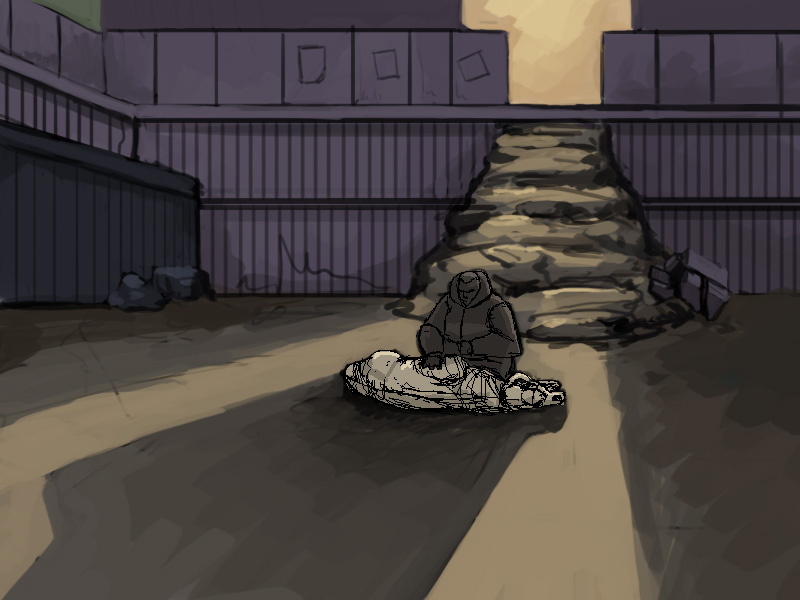 Is he petting that thing?