Please let nothing happen to the precious nice dude.

"I - what?" asks Kendra, that had definitely not been what she was going to ask. 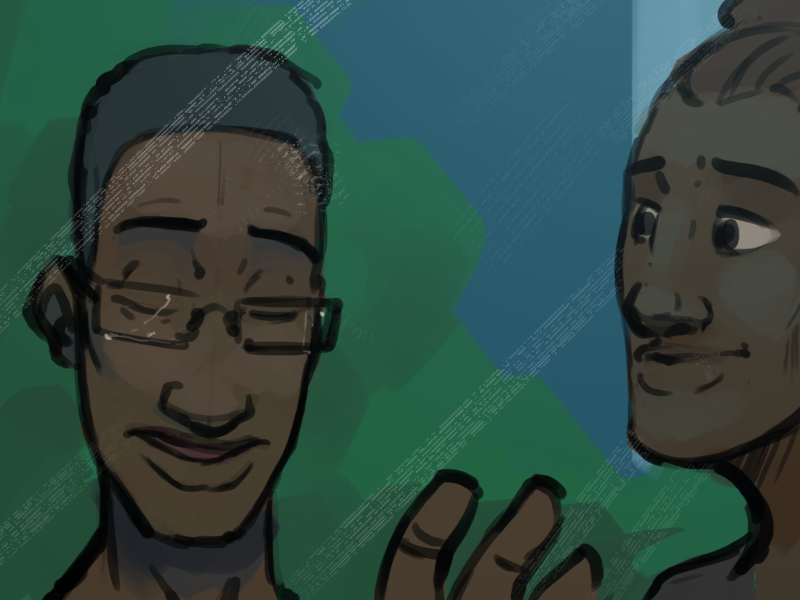 "I told them that the mud might have some nickel in it, so they flushed out the wounds very carefully, and the radiology guys were able to get something close to a clear image."

He's talking about Elizabeth. Of course he is.

Kendra finds herself in one of those vaguely uncomfortable situations where you're talking to someone who is assuming you're being a better person than you actually are.

"The news is good, it's better than expected, they were able to find the second bullet. It went down and forwards, into the thigh, which isn't great, she's going to have some painful physiotherapy to do, but it isn't down and left which would almost certainly have shredded the vessels there and that… well, that would have been the whole ballgame."

"It is - mostly - the bullet is in several pieces, but Johan thinks he can go in laproscopically to remove it and - I mean - it's still very early but we got her into surgery so quickly, and considering she was shot twice at very close range, she's doing very well. Like I said, you shouldn't worry."

Chaz Wallace:
Kendra attempt to persuade Emmie to run like Mel did.