"How long unti I can walk on it?" asks Bina.

"Two or three days I'd expect - at the least, that's assuming it doesn't get infected and you really haven't hurt a tendon or bone."

Chaz Wallace:
Just to screw with Mel, give Kendra time to explain, and Bina time to heal, take her to the moment.

"Do we have enough time for that?" asks Bina, looking at Kendra. "In the Moment? Were you taking measurements?" 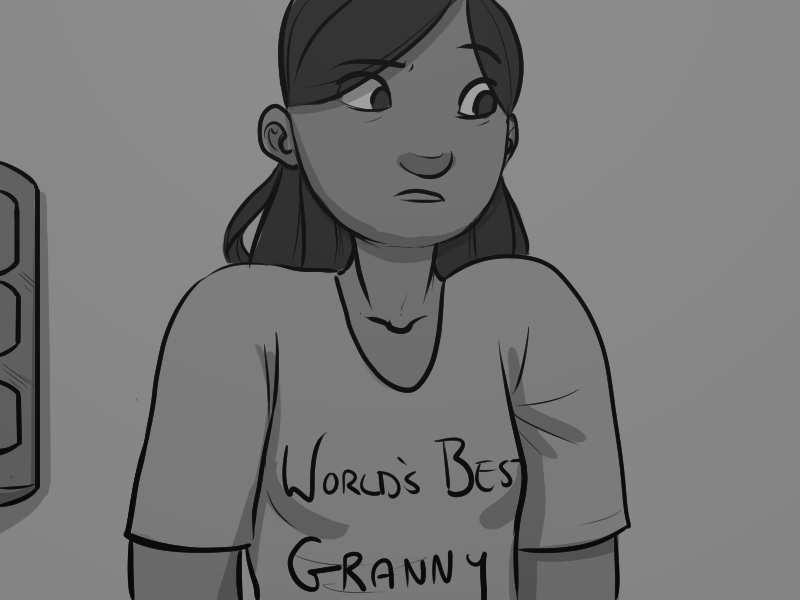 ForestGardener:
Only a few days left in there, a couple of weeks tops, but Bina IS going to need to run again soon.
This is a good idea.

"Hmmm," says Kendra. "We wouldn't get squished I don't think. Without jump stress, the shrinking is back to the rate that Six and Seven pinned it at, so we have some time before running out of space becomes a serious problem - but we're kind of out of food."

"Yeah, unless you want to eat doggy kibble…"

"Did you understand any of that?" Emmie asks Amie.

"They're talking about their TARDIS!" says Amie. "Which I haven't seen yet, so I endorse this plan!"

CloudMonarch43:
btw remember when the guy said he doesn't keep up with the new music? Well, I think Celadon Jungle sounds like a band/album name, too.

Aah! That's great! Thank you so much CloudMonarch43!

Dave Rapp is right, I should make a fanart album. I'll put that on my list for next week.

Thanks again and Happy New Year everyone!