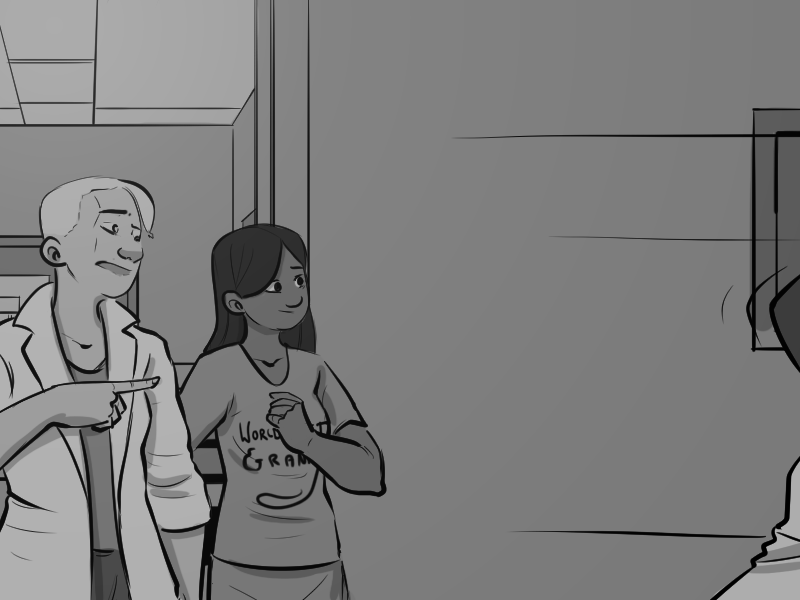 "Was that Emmie?" asks Amie.

"Right," says Amie, as the hugging intensifies. "Thiiiiis… looks like it's going to take a few minutes."

Ayla:
it would be awesome and hilarious if we got #GetBinaShoes trending on twitter.

"Uhh," says Bina. "Could you maybe try to find me some shoes in case we have to run again? I'm not expecting anything, but - you know - I'm starting to notice a pattern."

LynziGraye:
Those are some really well-drawn hugs, good job! Hugs are tricky.

Thank you! Hugs are tricky, but they are also the best.