"What's Celadon Jungle?" asks Amie, quite a bit too loud for Bina's taste, as they start climbing the small rise to the emergency entrance to the hospital.

"But what is it?" asks Amie, only a little quieter. 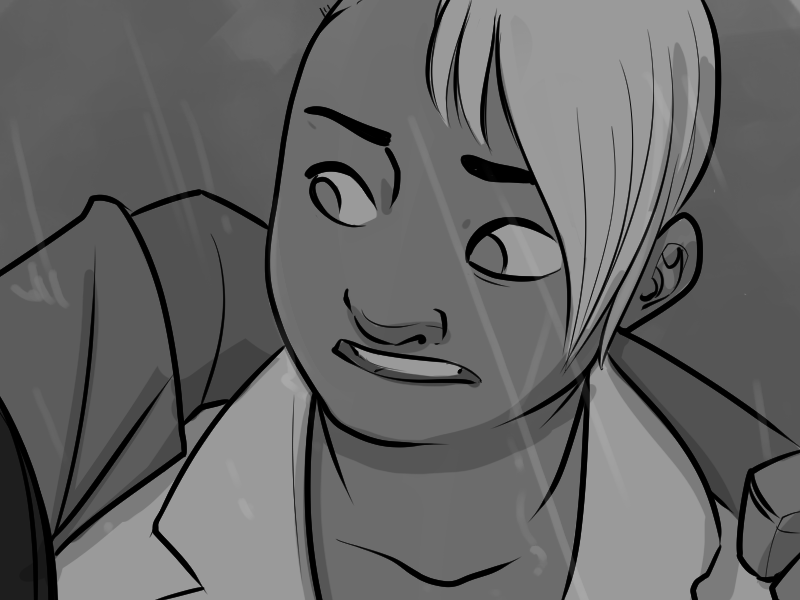 "From the not-X-files people," says Bina. "I was checking if he was one of them. Which, he isn't. Which sucks 'cause that could have been useful."

Dave Rapp:
Clearly he's deflecting. He just wants us to leave. That means he must be in on it!

"He seems kinda evasive," says Amie, taking another look at the old man walking a little ways ahead of them and shooting concerned glances over his shoulder every few seconds. "Maybe he's hiding something! Maybe you didn't give like, a countersign or a hand signal!"

"No," says Kendra, simply. "Come on, Bina's bleeding all over the place and I need to check on Mel and Emmie."

"Yeah," says Kendra. "Jeeze, her too. God, can everyone just stay in one place and in one piece for like ten minutes?"