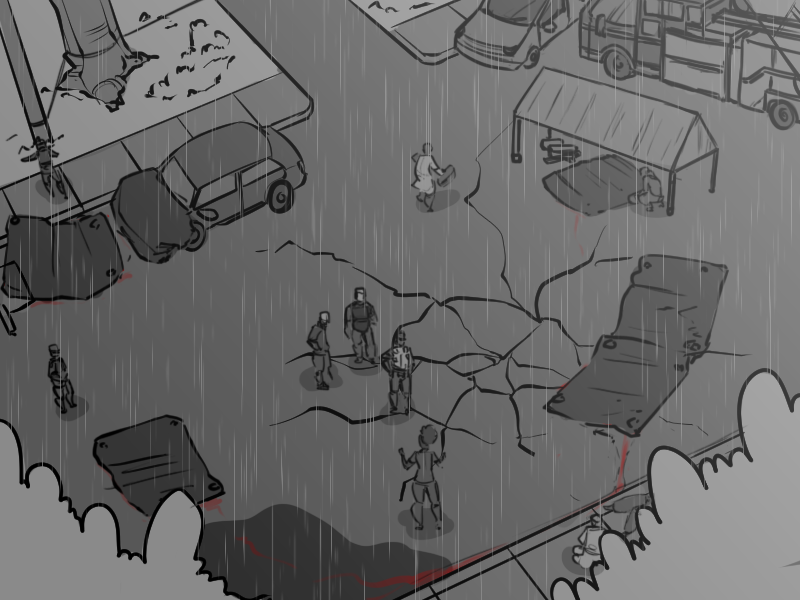 "I asked you a question."

dawnMachine:
"Would you believe time travel?"

Magic hobo:
Bina >>Be slightly delerious from blood loss and tell the truth.

"Would you believe time travel?" asks Bina, from somewhere at ground level.

Amie, for her part, appears to be fighting another battle against the pizza she ate, with mixed results.

"My friend is delerious from loss of blood," says Kendra, quickly. "We need to get her to the hospital, which is why we are here. Because of the hospital. Which we are going to. Now."

Tegerioreo:
Pretend you don't know what's going on! It shouldn't be hard.

"We don't know anything about whatever… is… this."

Thankfully, it appears that the police officer speaking to them is having a very bad day and so he decides to categorize them as 'Idiots I don't want to have to deal with.'

"God dammit," swears the police officer who spoke before. "This whole situation is a shitshow!" He makes one short violent hand gesture at the elderly man with him. "Get them outta here! Make sure they don't step on anything important."