"Woah," says Bina to herself, leaning her full weight on the box. "I should maybe not stand up so quick while I am doing the losing lots of blood thing…""

"You realize you didn't actually do anything," calls Kendra from behind the plastic curtain. "This one's on me, and Amie I guess."

"The paradox wind? Yeah. Looks like we're out of time."

The sensation of wind in the tunnel had not died away with the passing of the train, but the quality had changed from the stale bluster of subway wind currents to the erratic and sourceless pressure of a temporal vector under strain.

"For half an hour? Yeah, I stuck it good. We gotta tell someone about these three when we get back though."

"Three? I thought there were just-"

"Right," says Bina, in the tone of someone deciding not to think through the implications of the previous sentence. "Amie? You ok?"

"All right, hold on then 'cause this next bit is pretty unpleasant." 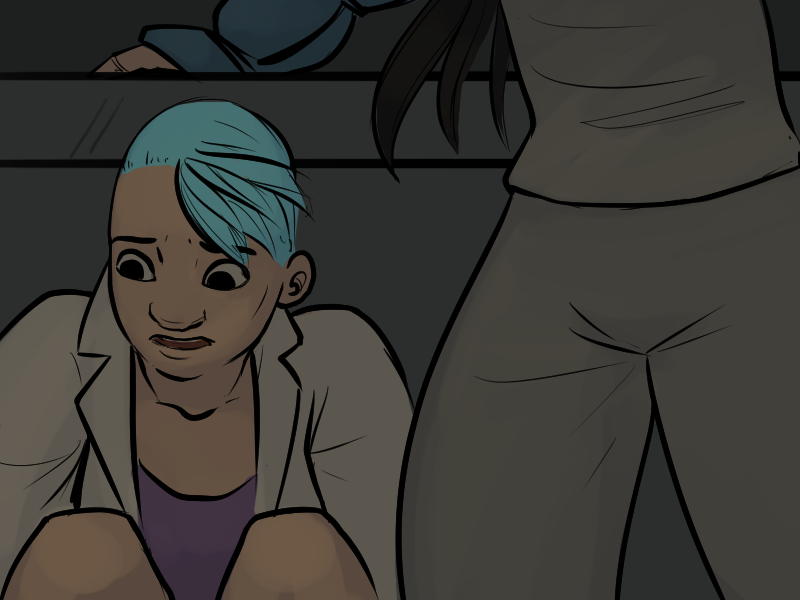