"I think it's plastic sheeting?" says Bina. "They must have been blocking the view of the factory with it and -"

"This has to be the paradox, right?"

"Has to be, trains full of people won't miss the something like that. Come on Amie!" 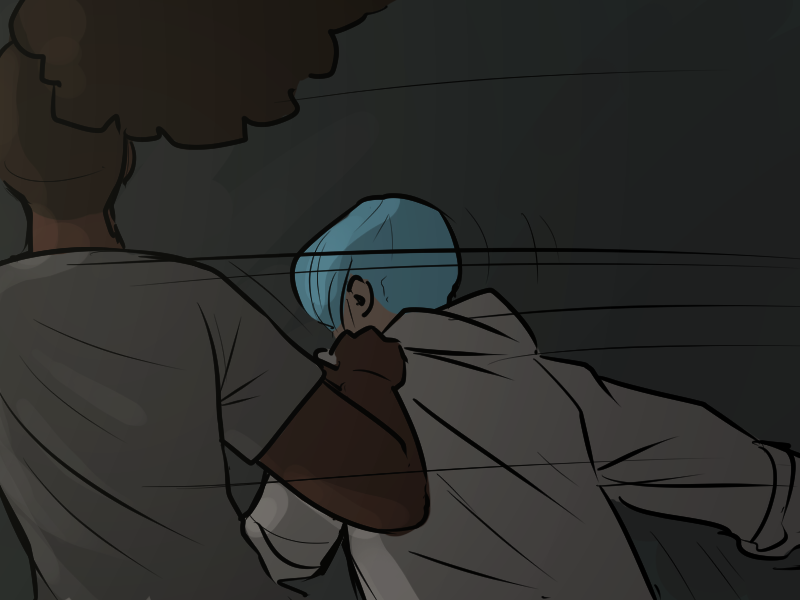 "But there's bodies down there! She splattered more people!"

Bina had just given a short sharp inhalation and stopped.

dawnMachine:
So, uh, blood, yes, may be important, but…

>*What's in the box?* 8D
auronblidook:
To reiterate the important question what is in the box? 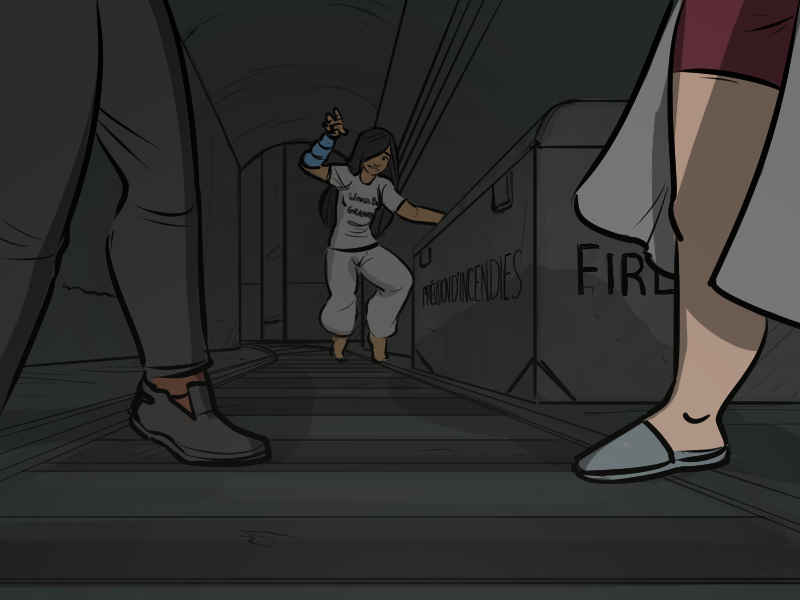 "Just stepped on something! Go! I'll be fine."

Mental Note: Do not put interesting looking boxes in the background if they serve no narrative purpose.