"Yeah," says Bina. "From previous loops. I explained this earlier."

"Yeah but just barely. You didn't let me ask questions! Did they all have weird plans?"

"All except Five, who… we're not really sure what happened to Five."

"Twelve thought Three axed her," says Kendra. "Careful with the light, we're almost at the platform."

"Yeah, we don't know that actually happened" says Bina. "Twelve seems to have been a little paranoid."

"Why would you do that?" asks Amie.

They reach the bottom of the disabled escalator.

"So how many loops in total?"

"I'm almost certainly not the thirteenth, but that's what we're calling me."

"Thirteen different versions of you huh? You know who that reminds me of?"

tinwatchman:
> Amie: Highlight how the multiple iterations of Bina are totally just like the Doctor's regenerations. Except the part where they share memories. And they all look the same. 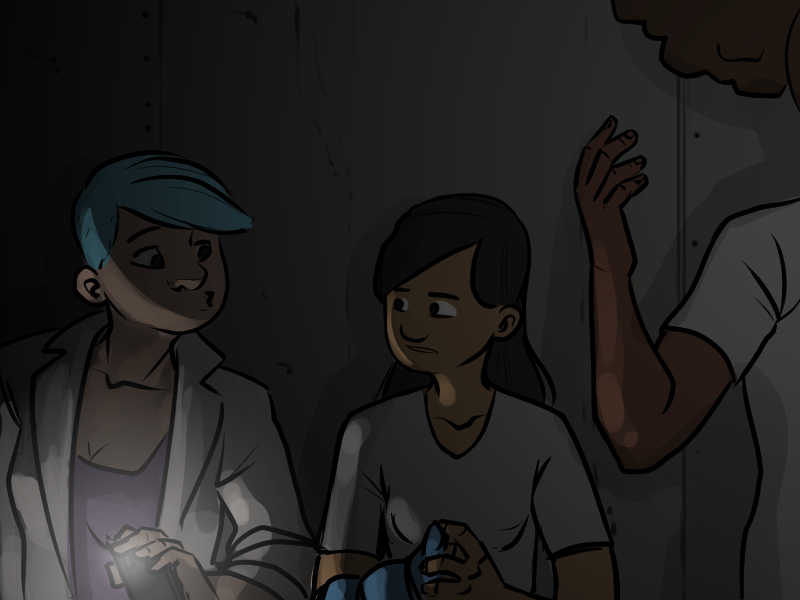