"Yeah," says Bina. "That was like cuddling up to a nuclear reactor because you don't feel like putting on a sweater. We're not doing that again! Maybe there's a flashlight around here somewhere or one of those hard hat light things…"

xooxu:
I'm starting to think that Bina dropped her cellphone. Or has completely forgotten about it. Flashlight mode if Bina remembers it. And not with the woo woo hand.

"Or we could just use Elizabeth's phone," says Amie. "If you still have it."

"I do, but we just travelled through time, it's gotta be totally -" 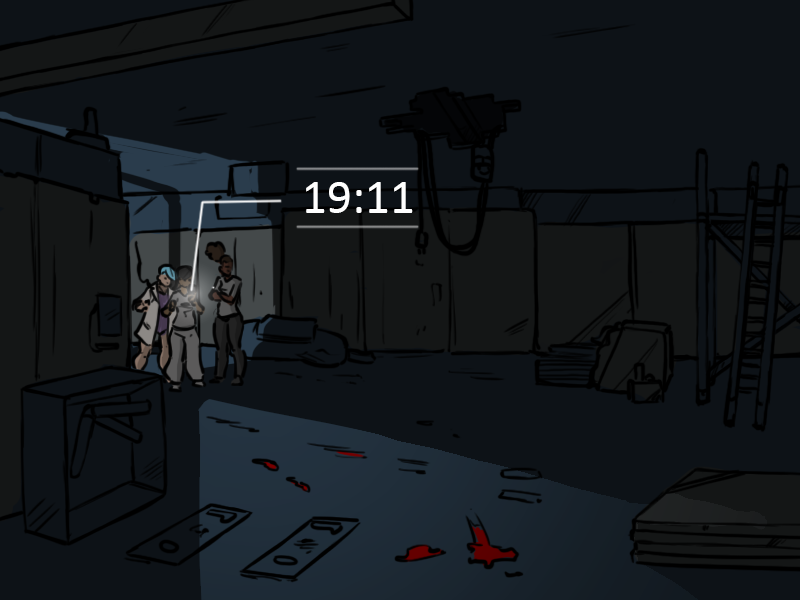 "- fine actually! Which - I was not expecting. I thought it would be wrecked. Hmm, 7:15, thank you satellites. That puts us what? Half an hour back?"

"About that," says Kendra.

"That's good. The closer the better."

"Means we'll be here longer though. Less tension on the line."

star2wars3:
Is that blood on the floor there?

"And now we follow the blood trail," says Kendra. "Does this mean we finally get our Junior Detective badges?"