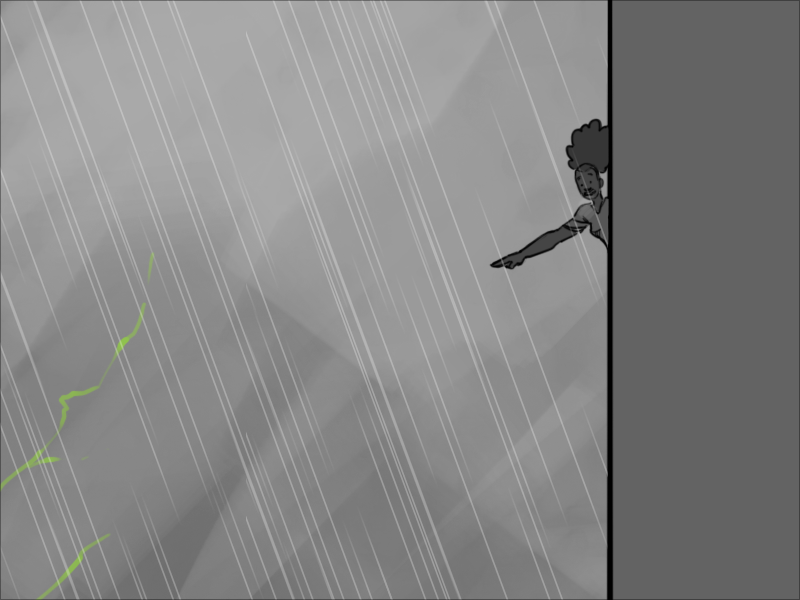 Dave Rapp:
There are approximately three ways to not be among the people left behind:
1. Time machine. You don't have one with you, so this isn't much of an option.
2. The Moment. This is probably not a good solution either.
3. Follow that dog!

Rain Walker:
Let's screw reality over even further, shall we? Follow the pupper.

Sevenblazes:
"Everyone, jump into that hole. I don't think anyone wants to find out what it feels like when the cracks appear over you, and that's what's going to happen if everyone doesn't get in that hole."

Liam White:
I've read enough of a certain other webcomic to know what happens to those left behind in the non-alpha timeline.

Bina, and anyone brave enough to follow her: Truly embody your status of B13 and co.13, and meet B and co.14
TL;DR Bina: Jump

Juddy555:
>Well, you have the choice of A:Certain death. Or B: Certain death, plus time travel. I would say B, because then you get the chance of having a bullshit time travel revival or something.

"She was pulsing paradox! This timeline is scrap! We're going to have to jump!" 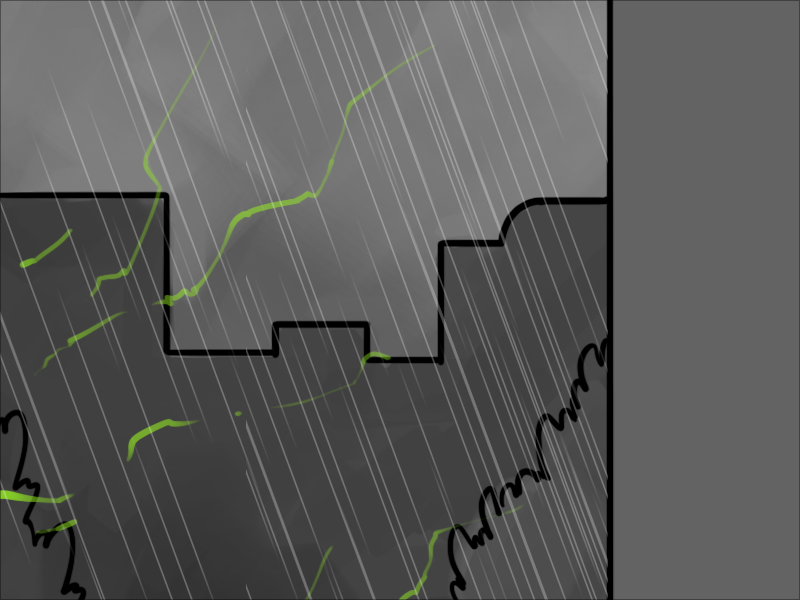 "Bina, what? No!" yells Kendra, panicked. "I am not a heights person! I think I've been doing super well with the whole "hole in the wall thing" - but - besides! We can't reach the portal from here! We'll splatter! We gotta come up with a better plan!" 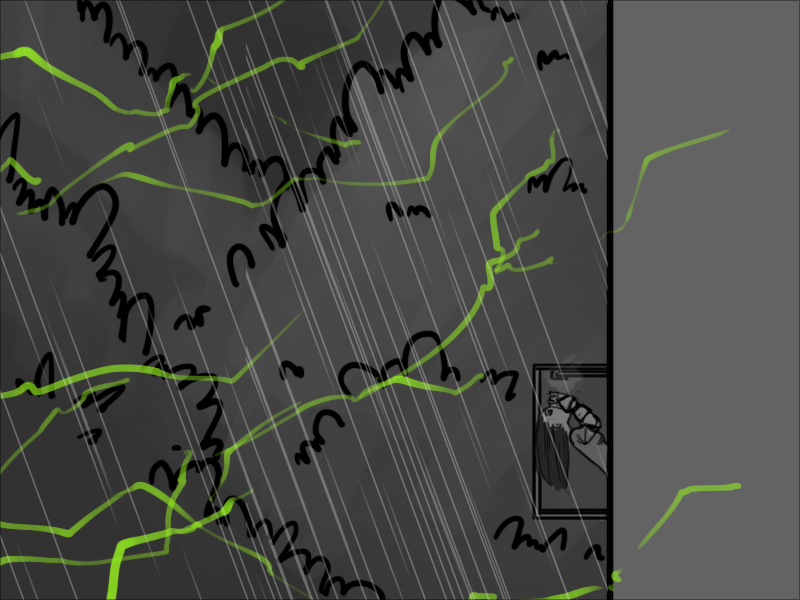 We have a bit of a situation to deal with. For those of you interested primarily in a Watsonian reading of this comic, (ie: you are not interested in the behind-the-scenes process of writing this comic) please skip the following post as it will not enhance your enjoyment.

For those of you who want to peer behind the curtain for the moment, follow me.


Welcome backstage! I've brought you here because I've mildly screwed up again. Not enormously, I haven't killed anyone I didn't mean to kill this time, but I have messed up my messaging and I did this by doing that thing that I'm not supposed to do anymore which was to introduce new mechanics.

Specifically, what I thought was about to happen was that OUR HERO's were going to be left behind when someone created a paradox. This would, from their perspective, destroy the universe as this fragment the totality of all potential outcomes of this day exploded. It would have been interesting as Amie used her ability to define the rules for how that worked ("Time travelers remember changes to the timeline!"), right before it happened, which would allow all the time travellers to remember the experiences we all saw while being dumped into an entirely new situation caused by the paradox.

The problem is, I did not explain this very well, it would just be a thing that sort of happened and that's not particularly satisfying. Things like that can be interesting, but it's always better when our characters choices are important and in this case… they weren't. If that wasn't bad enough, I didn't pick the right visuals for this new mechanic. I should have had the hole seal up and then the universe go all wobbly or something. Unfortunately, I picked the cracks widening, which was a bad choice. The cracks are for time travel, and it mucks up the whole metaphor if I use them for both.

So I did two bad things. I introduced a new wrinkle in the time travel system for this comic that would have taken an enormous amount of time to explain and honestly would not have actually ended up being all that interesting, AND I didn't create a proper visual metaphor for it, thus confusing all of you. Not a great all around!

So here's my fix, I'm going to change what Amie said two pages ago from a helpful use of her ability to an expression of concern ("If she changes the past, what happens to us?"). This lets me follow everyone suggestions, avoid introducing a new and complicated wrinkle in the time travel mechanics, that's not actually going to be useful and will just further complicate everything, and have another falling-down-end-the-chapter-thing, which is always fun.

To that end, if you go back and check here you will see that Amie's line has already been changed. I may also go back and tweak one or two other lines of dialog to point in the right direction now.

So! That's where we are. Time for more jumping!

Now shoo! Back in front of the curtain! I still have to write tonight's update!