"You idiots!" yells a voice from above Bina. It takes her a second to place it as the female cop. "Don't-"

But it's too late, even before she started speaking the Hound had moved, not aggressively, as the police feared, but tight, over Gregor, shielding him with her body.

The Hounds sudden, unnatural, shutterstop movement is too much for the terrified police and the rest of Officer Edwards statement is lost in gunfire. 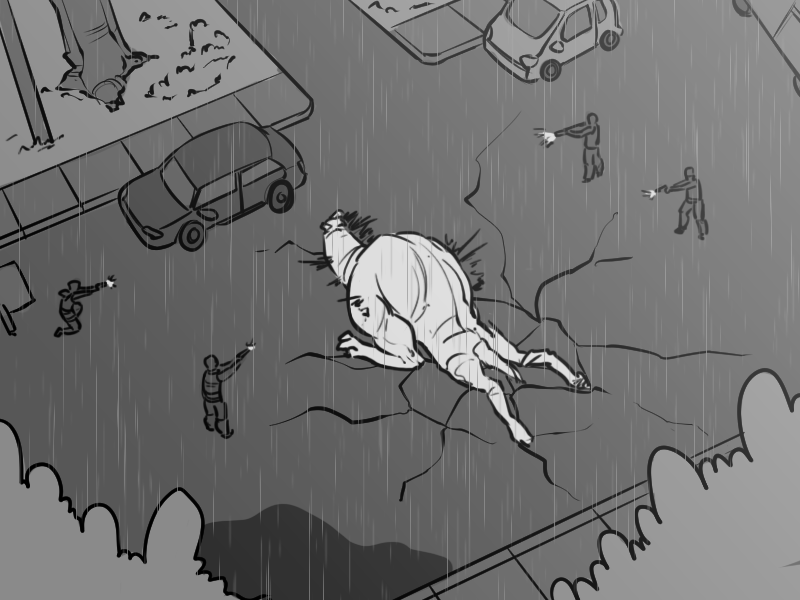 The frantic police manage, with an amazing amount of luck, to avoid shooting each other, but the bullets, loud as they are, do about as much to the Hound as a match does to a glacier.