"That was information we needed to know," says the Director. "You're doing fine." 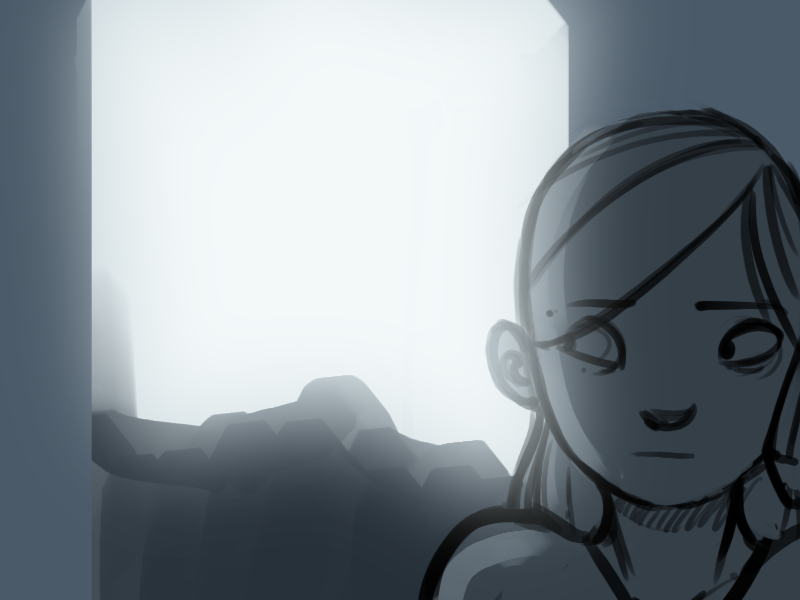 "Why?" Bina wouldn't believe herself if she were on the other end of this phone line.

"You're not a narcissist or a sociopath, and you have never reported hallucinations as a symptom of your anxiety disorder. It's possible that you're having a schizophrenic break with reality, but my psych people say that's unlikely given your family history."

Bina decides it would be bad form to point out that the Director just referenced her medical records again.

'tegerioreo':
Director: Take it all in stride. There's a reason you have this job.

"In my experience, people in your position are unlikely to lie. You may be misinformed, compromised, or mistaken, but not lying. Experiencing an extraordinary event makes people want to share it, or bury it. You're talking, so you're sharing."

"Beyond that, I have three dead planes, an eighteen car pileup on the Trans Canada Highway, an underground factory that never existed, and something in your apartment that, to quote the two very scared sounding interns we had looking at it, 'appears to be a miniaturized particle accelerator fucking a plasma containment system'."

"You have my time machine," says Bina.

"We're assuming that's what it is."

"You have to be extremely careful with that thing," says Bina. "It has very fragile components and if you break any of them… well… things could go really badly."

"You don't say," says the Director in a voice dry enough to dehydrate lemonade.

Glotos:
There was something a bit back about one of the previous Bs being a physics major rather than a journalism major.

This theory is persistent so I'm going to address it directly.

All the Bina's had very nearly identical lives until the moment they stepped inside the Laundromat. If I could go back and edit things, I'd make sure to establish this more clearly early on, probably around the point that Bina is talking to Twelve in her dream about getting lost in India.

They have all been journalism students.