"No," says the Director. "I need an answer on that. What did you just mean?"

"I don't -" Bina's head is hurting now. "I don't know. I think they're - they're in a place disconnected from time. That place is a single fragment of time, fed into itself, cutoff from the rest of the world. There are many places like that now but this one is special. This one is a moment, possibly the only moment, where the Botfly is manifest, where it's more then just a symbol, or a thought or an idea. At that moment, in that place, it's real. That's where it's taking people, that's where it feeds."

"I see," says the Director, and Bina has to respect her for keeping her voice mild and not allowing doubt or disbelief to creep into her voice.

Sevenblazes:
Schrodinger's cat. What it meant was that until someone finds them, they're both alive and dead. When they're found, the "box" will open, and they'll be one or the other.

"It's like the cat in the box. They're in the box. We won't know what's happened to them until we open it."

"The cat? You mean Shrodingers cat? The thought experiment? That's what you're talking about?"

Bina is somehow not surprised that the Director is familiar with this idea.

Bina can practically hear the other woman thinking on the other end of the line.

"But for that to work, for this… loop you're talking about to fullfil the requirements of the box, it would have to be absolutely isolated. No information could be allowed to escape of any kind, and yet this creature is able to reach out and affect the world, cause the storm, create the creatures it sent to the hospital, enforce the geis preventing us from acting directly."

"How can you be kind of with something like that? The whole point is that it's an absolute."

'Kree:
Just remember that SchrÃ¶dinger's cat is a thought experiment, specifically, about the absurdity of the existing view of quantum mechanics. It's probably the botfly trying to pull a fast one again.

"Because it's not actually that good at physics!" says Bina. "Because the rules this thing actually works by have as much similarity with the physics of our world that those of chess do with competative lawn bowling. Because I'm pretty sure it got most of it's understanding of the physics of our reality from an enthusiastic but amateur genius in 1911, and the rest from a jounalism student who was working off some Physics 101 textbooks and Electronic Engineering for Dummies!"

Bina takes a deep breath and continues at considerable volume, "Because it builds traps out of dreams and it doesn't even bother to do a good job at it! THAT'S WHY!"

At this point Bina realizes she is standing up and shouting. 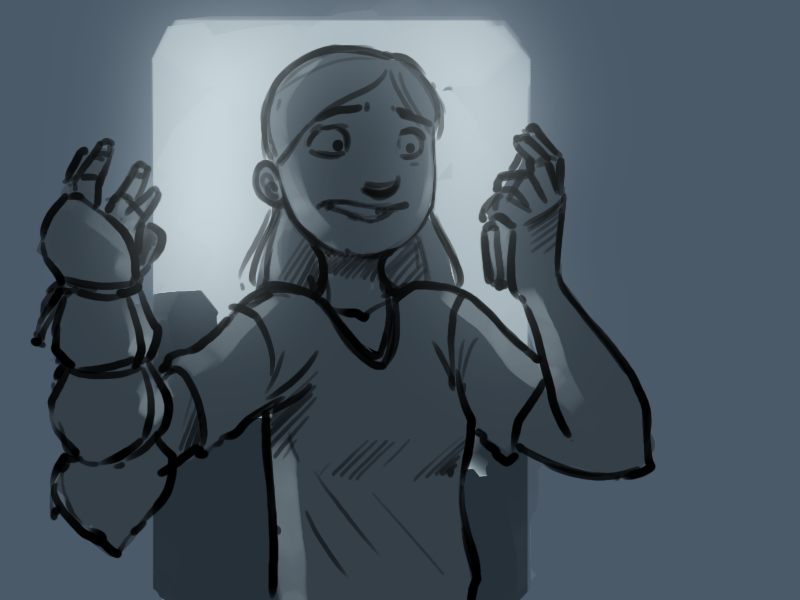 "Sorry," says Bina, realizing she may have gone too far.