Chaz Wallace:
Now would be a perfect time to go back to Bina, because when whatever is about to happen starts happening, Bina is most likely going to be pulled into it quickly.

aka gotta wrap up that phone call ASAP. 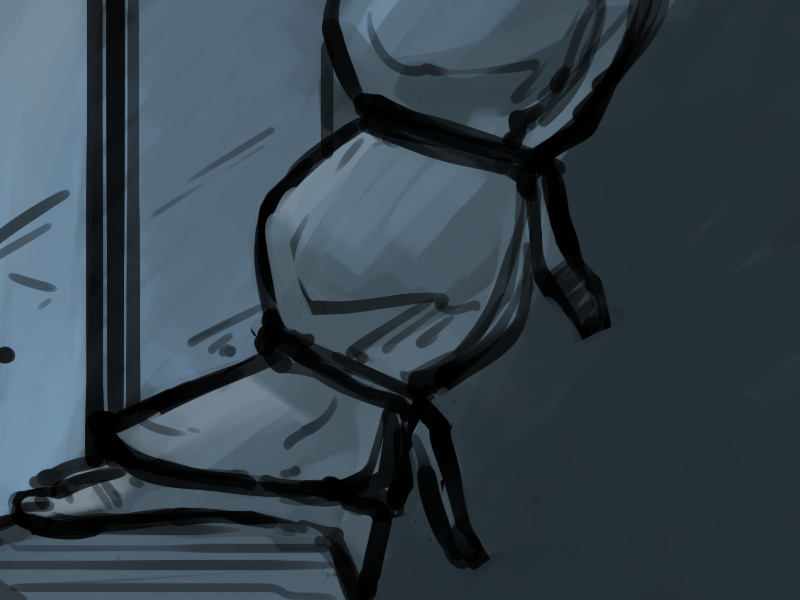 She's standing now, at the window, and she's not really sure when that happened.

"Yes," says the voice. "However we can. Though the kind of support we can offer is… limited right now."

TechyAngel:
>Bina: Be oblivious to this for now. It's important you pump this woman for information without giving away too much. We don't know for sure what her interest in this whole issue is. For all we know, the Botfly has her just like it has Gregor.

"How do you mean?" asks Bina, fishing for information.

"There have been… delays, an implausibly large number of delays."

"What kind of delays?" asks Bina.

"The unlikely kind," says the Director. "Nothing unnatural, just unlikely."

"We have had four different planes at three different airports fail pre-flight checks for maintenance related issues that appear to have been overlooked until precisely the moment they were about to take off. When we tried to deploy assets by truck convoy, a wind turbine suffered an unexpected and catastrophic metal-fatigue failure, possibly due to the high winds, and rolled into the Trans Canada Highway causing a considerable amount of damage to the retaining walls, and an eighteen car pile-up. It is now blocking all throughput in both directions indefinitely until we can get an engineering crew out there with a crane large enough to lift a turbine and blade assembly that together weigh over seventy tons."

"In addition to the mechanical problems, orders have been missed, lost, and misinterpreted at a rate twenty times higher than average and we keep losing communications due to the storm."

The Director recites this list of failures in a calm flat tone of voice, like an insurance assessor reciting damages in a minor car accident.

"While we are going to do everything we can to help you and Agent Miller, the cavalry is not coming. Something, something powerful, does not want us landing, in strength in Montreal," says an honest to goodness government official in the same tone of voice someone would ask to borrow a stapler. "In short Miss Miryala, we are being hexed, and in all likelyhood, for the immediate future, you are on your own."