"You know this isn't going to work right?" asks Amie. 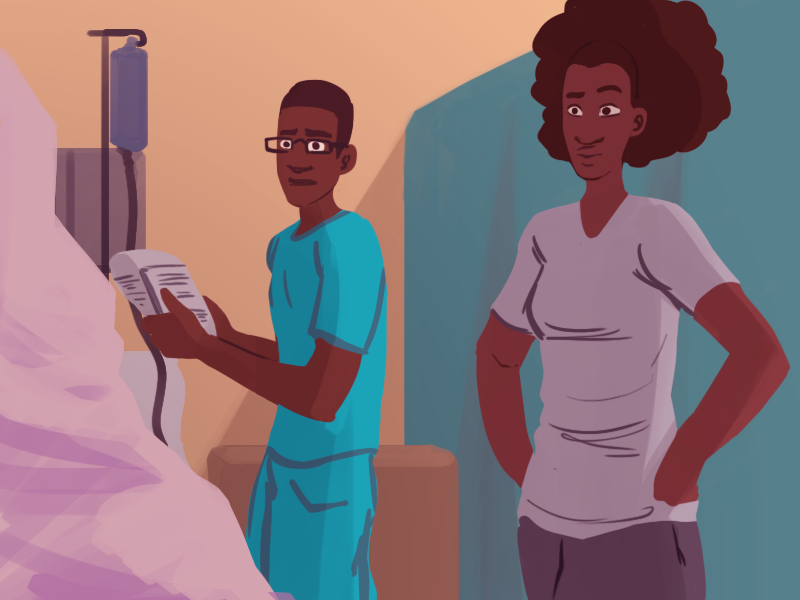 Dave Rapp:
The laws of fiction dictate that no amount of restraints and/or sedation are sufficient to keep a wounded antagonist from continuing to pose a threat. This is especially true for antagonists who are themselves minions of a greater power because then the bad guys will send more minions to free the subdued one.

"I know you're going to try to keep him sedated, but it's not going to work."

"He's big," says Emmie. "But trust me we have really good drugs these days and -"

"He's a minion of the Big Bad!" says Amie. "The big one! The prime minion! It doesn't matter if you fill him full of enough night-night juice give a herd of elephants a seriously bad time. He's still going to cause trouble. It's practically the rules."

"I'm pretty sure we could even kill him and it wouldn't make a difference. His thing is raising the dead after all."