"Hi," says Emmie, and Kendra can hear how tired he is.

He looks like he's about to give an automatic answer and then he sighs and say, "Not so great. Turns out we rely on electricity for an enormous amount of modern medicine, especially in the ICU and - "

He pauses, as though unsure how to continue.

"A lot of people who were stable got worse really fast," says Emmie. "The ICU isn't just a place where we keep sick people, it's life support - they had, like, a dozen interns with hand-respirators. I'm the only anesthesiologist still here except Doctor Hubbard, but she was in the basement - the police haven't let her get back to work yet and I don't know if she's going to be able to when they do. She's sixty-two. I don't know what I'm going to… and to make matters worse, with the power back it looks like all the morphine machines on the floor are down because the database server went down as well, but it won't come back up and I'm trying to find one of their remote repair guys but I can't get the regular guy on the phone because it's after six and - I'm sorry, I'm babbling - I'm babbling, aren't I?" 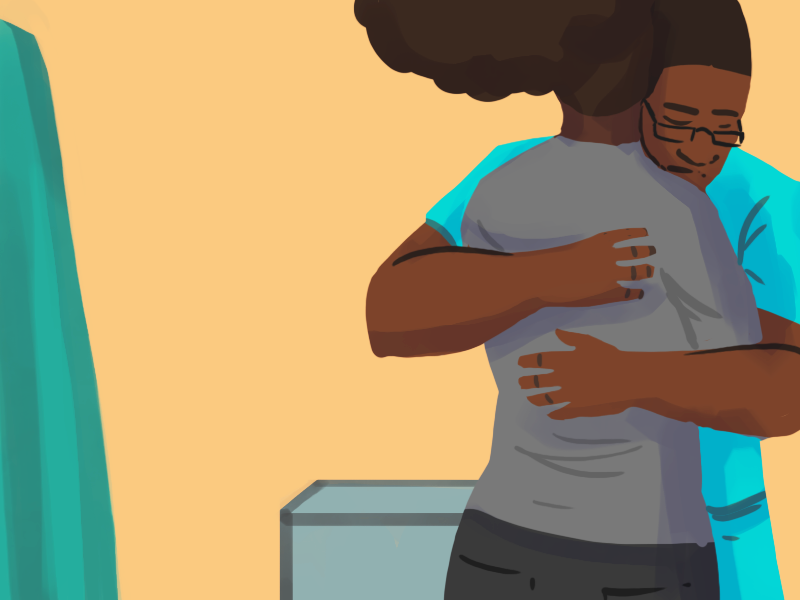 "The morphine pumps aren't your job are they?" asks Kendra. It's not a question.

"You're surgery anesthesia. The pumps are pain management. Not your job. The recovery nurses are on it."

"The recovery nurses are on it," says Kendra. "Trust me. You think they don't know? They know. They knew before you did. When's your next surgery?"

"I kinda freaked out a bit earlier, but I'm all right now," says Kendra. "We're just having a little problem with Gregor."