Primary Temporal Position: 1218
Reset Temporal Position
Loosifur:
Kendra: point out that bullets didn't do much good against the naughts, so why would they assume a single handcuff could stop Gregor? Nothing about this whole situation is normal and extraordinary caution is warranted. Four point restraints (should be easy for a hospital to provide) and an armed guard at the least.

"I still don't like it," says Kendra. "He should be in restraints."

"We do have a ton of backup now," says Edwards. "If that helps." 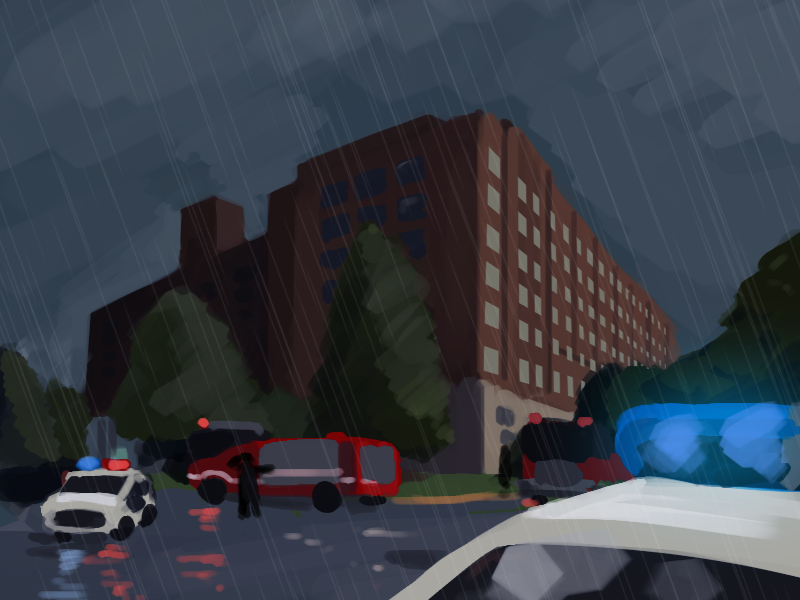 The sirens had finally stopped arriving when they'd been sitting down to pizza.

"It's not going to help," sighs Kendra. "You still aren't getting it. This is not a situation where more guns really does anything."

"Maybe," says Kendra. "But it also got Elizabeth shot and all of us eaten by monsters. We only got out of that basement because Bina got to the damned machine and everyone went back to when they came from, which, by the way, we're still in the process of ensuring will actually have happened."

"Will… actually have happened?" asks Castillo, thrown by the clanging tenses in Kendra's last sentence.

"It's complicated," says Kendra. "What I'm trying to say is, you shouldn't think just because you have backup you're safe."

"Look - we get that," says Edwards, her voice less sure then it had been before. "We're just - we don't know how to deal with this. They didn't cover zombies the manual, if you get what I'm saying." 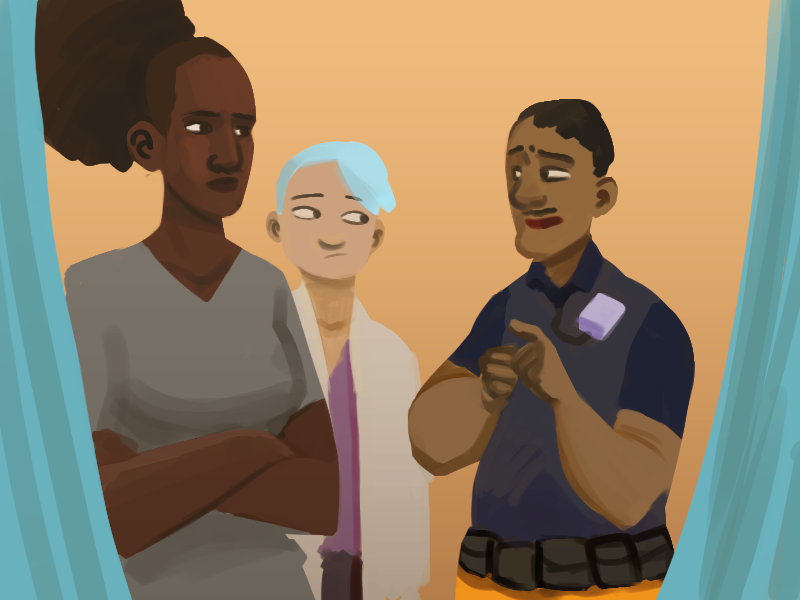 "Pretty much for sure," says Amie. "Maybe not the naughts - that's what we in the time travel business call the zombie things - but for sure his dog. You didn't see it - what with everyone have a face-full of monster meat at that point - but it's the size of a truck."

"A beagle," repeates Castillo. "Right. And he can just… what? Pull it out of thin air?"

"Bina thinks he calls it from the mud," says Amie. "And there sure is a lot of that still hanging around in the basement. Not to mention all the stuff that's in people's clothes, and tracked all over the floor and staircases…"

"This is one of many reasons why one hand-cuff isn't enough," says Kendra. "I'm calling Emmie."

Sky Lily:
Holy crap am I all caught up?

Excuse me while I go process this.

Alexandra:
Another new reader. Love the story so far…Im intrigued to see where it all leads.

Thanks Alexandra! I'm really glad you're liking the story!

DigiSora:
+1 reader more! Love this story, kept me enraptured for, like 3 days! Nice to be able to make suggestions, I loved watching the impacts of our suggestions play out, so I can't wait to see where you take us next! Long story short, glad to be aboard, captain!

Welcome aboardship Digosora. I'm glad you enjoyed watching the suggestion shape the story. That has definitely been one of my favorite parts of this whole adventure.