"I suffer through Doctor Who," says Bina. "Besides, that's not like proper time-travel. That's fun magical box time-travel where they don't have to deal with time loops or making sure their friends don't know a password or their heads will explode or anything worse than whatever's trying to eat them this week! It's different!"

"You liked The Girl in the Fireplace!" says Amie, not giving up.

"Which one was that one?"

"Oh yeah," says Bina "That one was pretty good."

"I guess… The anti-oil was super dumb though, and they didn't do any like, predestination stuff, right?"

"No it was more time jumping and-"

"We're getting a little off topic here," says Kendra.

"Anyway," says Amie. "If she got me and I barely saw her once for like a second it's gotta have got you. It took a big chunk outta your arm! If it's not time travel, which it totally is by the way, it's gotta be something right?"

Wolph Strykes:
Now here's an uneasy thought… if our quasi-quantum botfly does in fact create quasi-fantasies in order to get that observational power it craves… how much of these death-defying/inviting adventures are Bina's fantasy? We already know she has rocky self-esteem, and she's often plunged in with the recklessness of one who considers others' lives priceless while their own is worthless… Those final moments in the basement… how much was that Amie's Whovian fantasy… and how much was it Bina's exhausted anxiety?
…does that even make any sense? 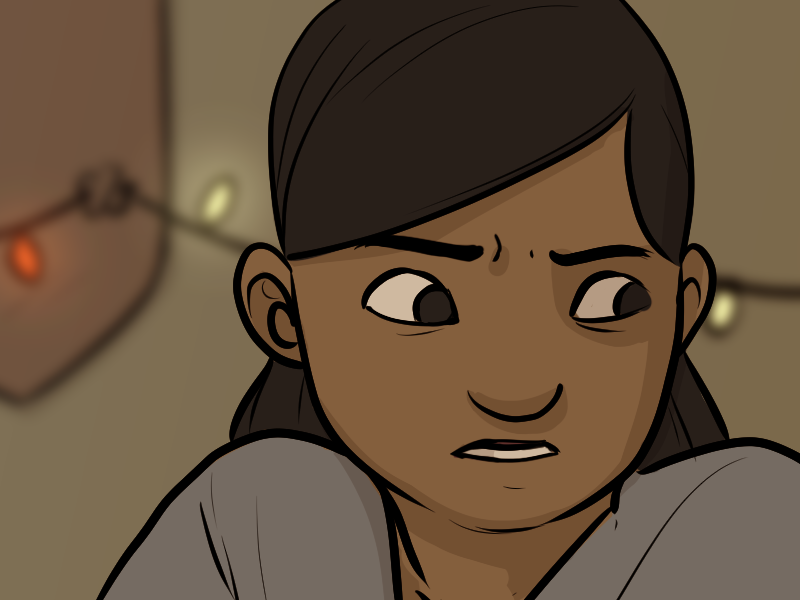 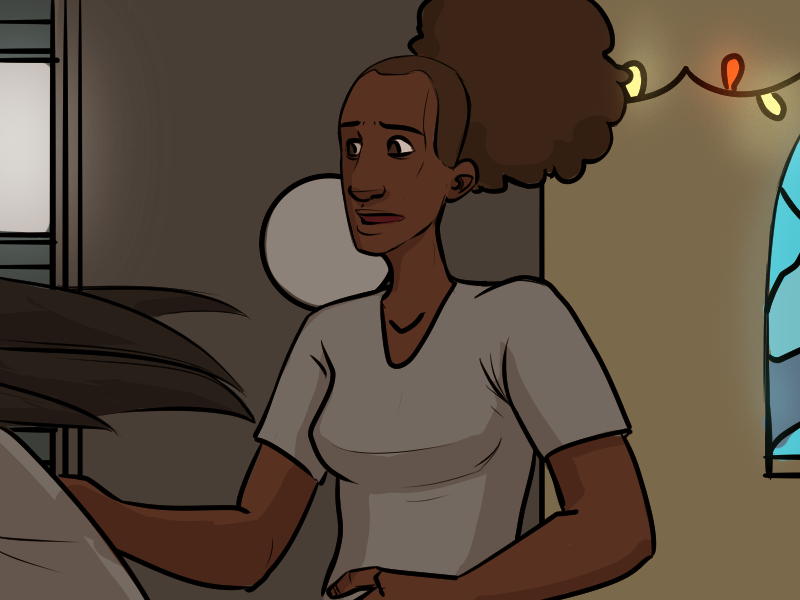 Hey everyone! I have a rather silly question, have I ever, in narrative, mentioned Elizabeth's last name? I lost a lot of notes a while ago when I was moving everything over to the new website and I cannot remember what it was going to be…

SIllIlIllI:
This is a very interesting story and I really like what it's doing with the medium. Great stuff. [snip]

Hi SIllIlIllI! Thank you for reading, and for your very interesting comment. I hope you stick around as we keep going. :)