"Err… yeah. I mean, OK." says Bina. "We've poked enough holes in time for a while. I think we'll probably have to use the Moment a bit though, right? We're kinda running low on hours in the day here."

"I know it makes a weak spot but-"

"No, it's not that," says Kendra. "It's just… I mean, the gifts from the botfly. They're bad news right? Josephine's energy generation stuff was a trick, the naughts are terrible and I'm pretty sure not what Gregor really wanted, and, no offense Amie, but I'm pretty sure that whole situation in the basement would not have played out how it did without you being there."

"I'm just saying we shouldn't be using them."

"Okay," says Bina, not getting it. 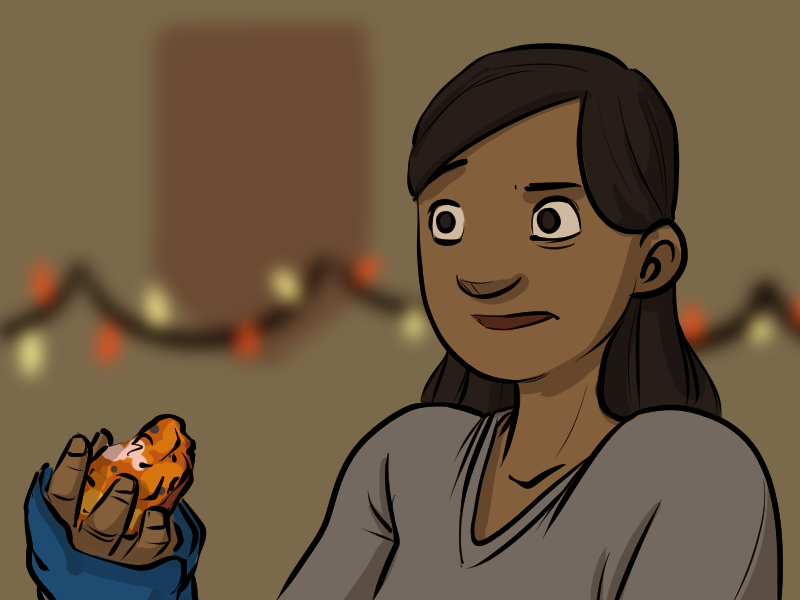