"Using a cell-phone we had to break into using time travel," says Kendra.

Bina had decided that it was probably OK to tell Kendra WHAT the message was, provided that she didn't tell her the actual numbers. Thankfully, that does not appear to have destroyed the world.

"We should deal with Gregor first," says Kendra. "I don't trust Gregor in a room full of vulnerable people, even sedated Gregor with a bullet in his arm."

"We can do both!" says Amie. "Bina can call the spookum's and Kendra and I can go talk with our cop friends."

"I don't know what to say to the cops," says Kendra. "But I'm not going to feel safe until Gregor is in a cell, surrounded by guards. Guards armed with trained attack dinosaurs." 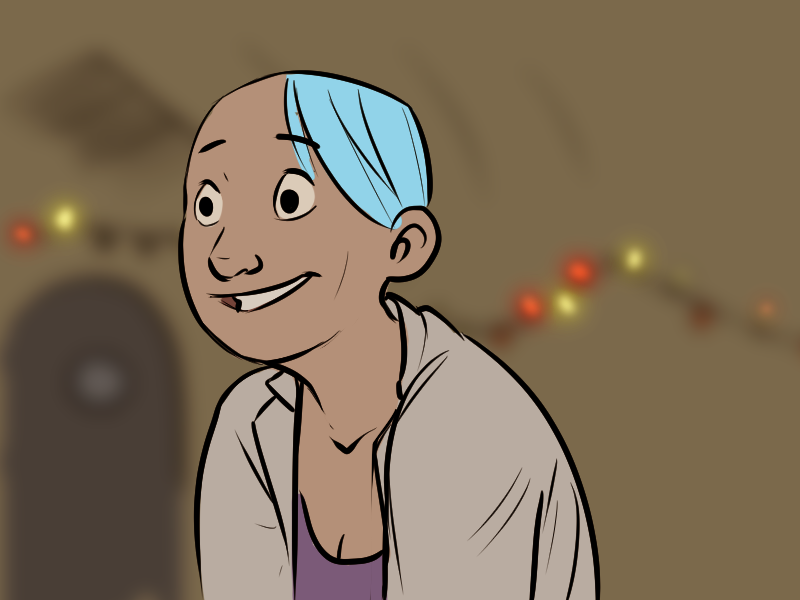 "You… why did you believe that?" asks Kendra.