"You're allowed to come up for air you know?" asks Kendra. "The pizza is not going to run away…"

"This is the best pizza," says Bina, with enthusiasm. "I have ever eaten!"

"You've been living off banana bags for three days," says Kendra. "You could eat cardboard and it would taste good."

"Mrphh…" says Bina, around a mouthful of pizza.

"I wanted to ask," says Amie, finishing her can of soda. "Where'd you get that?" 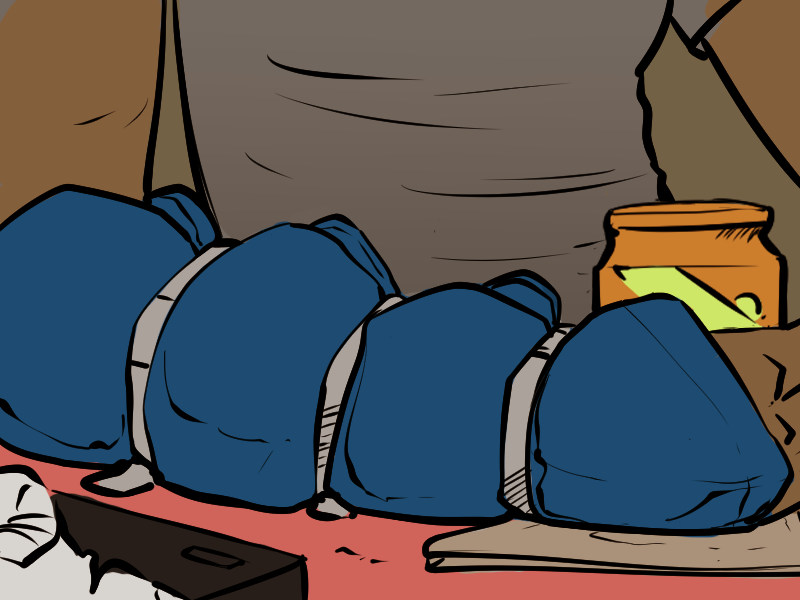 "Mrhh!" says Bina, then, after swallowing. "I stole it from babies."

"You what?" asks Kendra, nearly spilling her drink.

"Bina," says Kendra, exasperation and warning in her voice.

"I took it from the neonatal unit," say Bina. "It's one of those lead pad things you put over your important bits before they shoot you full of x-rays… but for babies."

"Glowing right through my bandages?" asks Bina. "Yeah. I checked a few minutes ago, it's - you know - still doing that thing."

Hey! Quick question. Does anyone use the RSS feed?

I had someone tell me yesterday that nobody uses RSS readers anymore, everyone relies on social media to get updates for blogs and comics. I personally use feedly for all my comic reading, so this came as something of a surprise to me.

How do you keep track of the comics you read?

Gabby Silver:
I went to hit the next button and was mightily confused when the same comic panel cropped back up. I think I accidentally hit the save button when I ran out of next buttons.
Anyways, +1 reader.

Gabby Silver:
Oh, uhm. I think I found this comic through an add on another web comic, and a little bit of dumb luck.

It's cool that you found the comic through the ads! Thank you for telling me.

I totally thought the ads would just sort of not work, or be very slow or something, because I first tried google adwords and it was really not very good at all, but Project Wonderful worked.

It looks like a good number of people found this place because of those ads.