It is, it's Elizabeth's phone.

Juddy555:
>Tapping is often a sign of nervousness, whatcha' nervous about?

tronn:
>Elizabeth's superiors: Expect answers from this girl and do not be in the mood for 'please'.

This is true. Their last few texts to Elizabeth have been increasingly brief.

The last one just read: 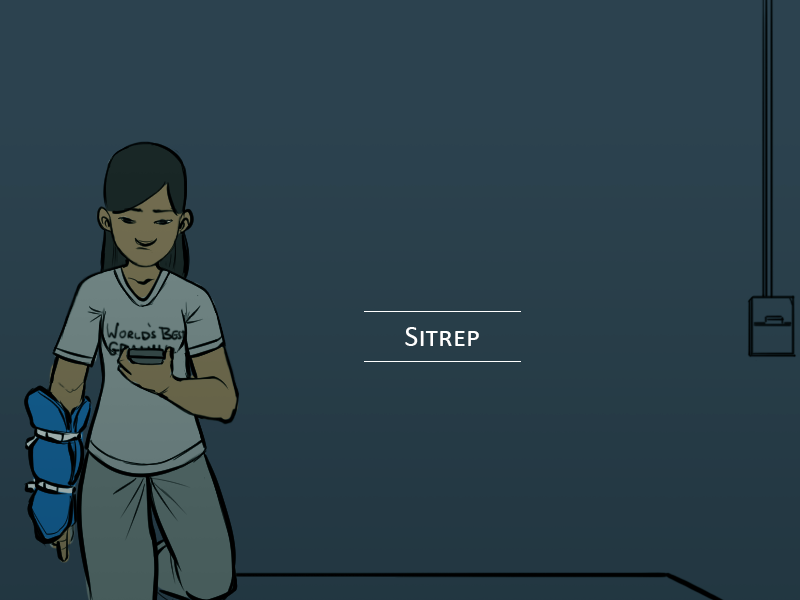 It showed up about fifteen minutes ago.

Bina is pretty disappointed in Canada. Super secret x-files texts should not be readable without having a password. Push messages, it seems, are an overlooked security liability.

Unfortunately Bina can't answer these not-so-secret texts without the password and she, of course, does not have it because Elizabeth is in surgery. She hasn't regained consciousness, and while her information security isn't great, she does, like a reasonable person, lock her phone. 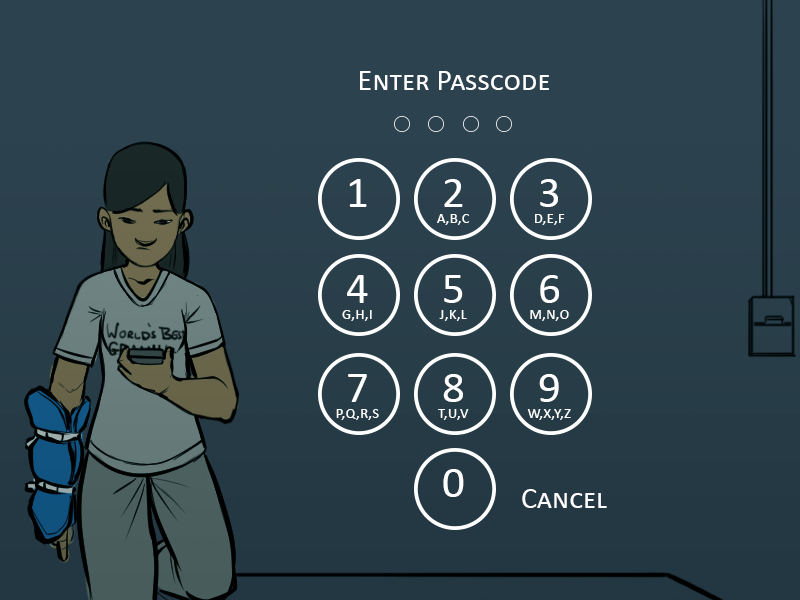 The police, the ones Bina's been able to talk to at least, appear to have no idea how to get in contact with "The Department of Phenomenological Research and Investigation", nor do they know what that actually is. She hasn't asked them about whether they have a way into the phone because she's pretty sure they'll take it away from her even if they don't.

Her only hope at this point is getting through the passcode, but as she knows almost nothing about Elizabeth except for her excellent taste in suits and terrible habit of almost certainly dying every time they meet, Bina has been reduced to trying combinations randomly. She's tried seven so far. On the sixth try, it locked her out for a minute, on the seventh, it locked her out for five minutes. This is a dance she's not eager to continue. She has a feeling the phone is willing to escalate further than she is.