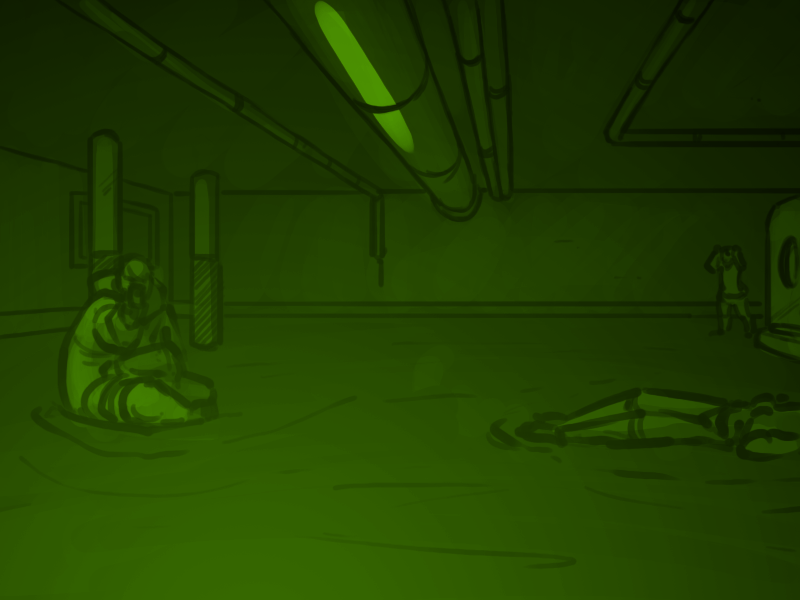 Dave Rapp:
REACT, DAMN IT! DO SOMETHING!

Bina's feels completely frozen, as though brain had been dipped in liquid nitrogen, but she steps in front of Kendra anyway. 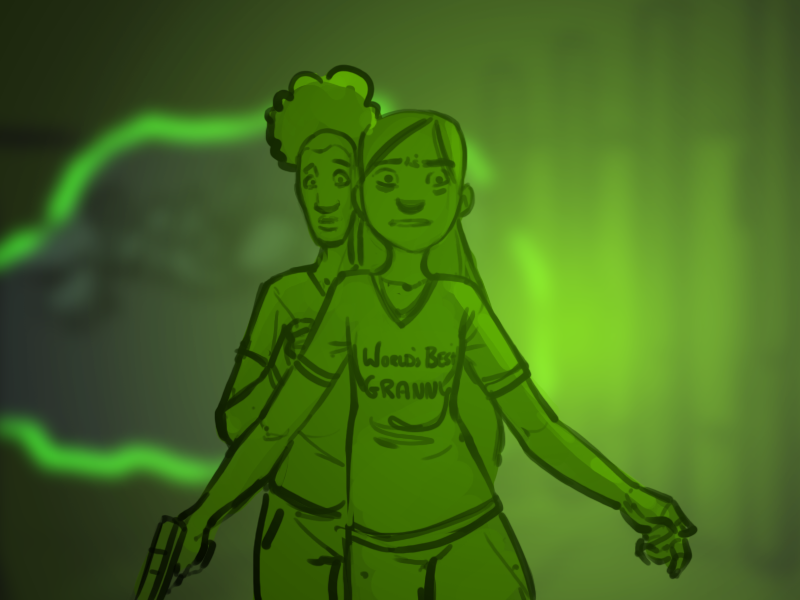 Some things you just do

"Move," says Gregor. "I am not playing anymore."

So he's still unwilling to shoot her, thinks a part of Bina's mind that's still functioning. She kind of hates that part of herself, but it's the only bit that's still working right now.

She should shoot him. She has a gun, she can do it, all she needs to do it point and fire… but no, she can feel that slithery sensation from before, the wriggling tendrils of Amie's gift.

If she shoots, she'll miss, and she's not going to risk Kendra. She'll just have to hurt him another way.

Unclever Title:
Checked back a few pages and now I can't resist. Gregor has revealed a secret weapon after all.

>Bina: Confront Gregor about the fact that his dog lives in your head.