To lull them into a false sense of security? What possible reason would he have for that? He abducted them both, there was no reason to use kid gloves. No, if he didn't use a gun before it's because he didn't have one. If he didn't have a gun, then where did he get the one she holds in her hand?

He's been a busy little bee has Gregor. He attacked Kendra, chased Bina, abducted the scientists, chained them in the basement, sabotaged the crane, created the naughts, and has spent at least some time dodging a swat team. He didn't have time to go buy a gun, even if one were for sale at four in the morning during a thunderstorm.

Bina is almost certain that even the Botfly can't just conjure a handgun into existence but she wouldn't have to. For a creature with her unique perspective on time, it would be much easier to simply arrange matters so that an opportunity to acquire one fell into his hands, which is exactly what she did.

She sent him to deal with the police, to capture or kill the two officers unlucky enough to respond to a late night call about the inexplicable collapse of a twenty-four hour laundromat. Why attack those police officers? They're almost entirely irrelevant, they couldn't have found out anything important from the collapsed laundromat and attacking them risked her pawn. What possible reason could the Botfly have for sending Gregor after them? More eyeballs? Maybe, but Bina is almost certain that the real reason was something far more prosaic.

A shovel against two trained police officers is not great odds, but the Botfly told him exactly where to stand, exactly where to hide, and when one of them might be taken with a sudden urge for privacy, with the perfect foresight of a veteran time traveler. Even someone considerably less dangerous then Gregor wouldn't have had much trouble under those circumstances, and those cops had guns, both of them.

Which means Gregor doesn't have one gun, he has two guns, and if he stole their guns, might he not have stolen something else?

A bullet proof vest, for instance?

All this races through her mind in about half a second.

The gunshot that follows is basically a formality at that point. 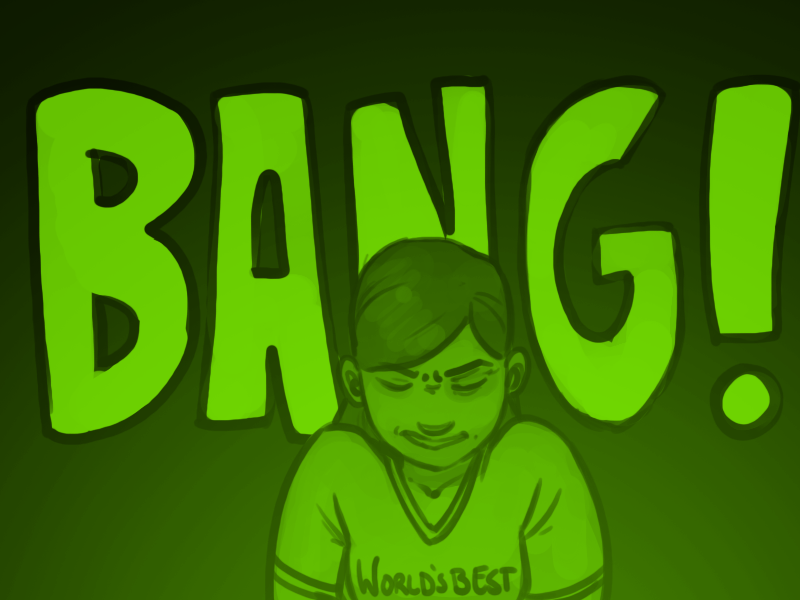