"Holy heck, you weren't kidding about the dog. Is she -" 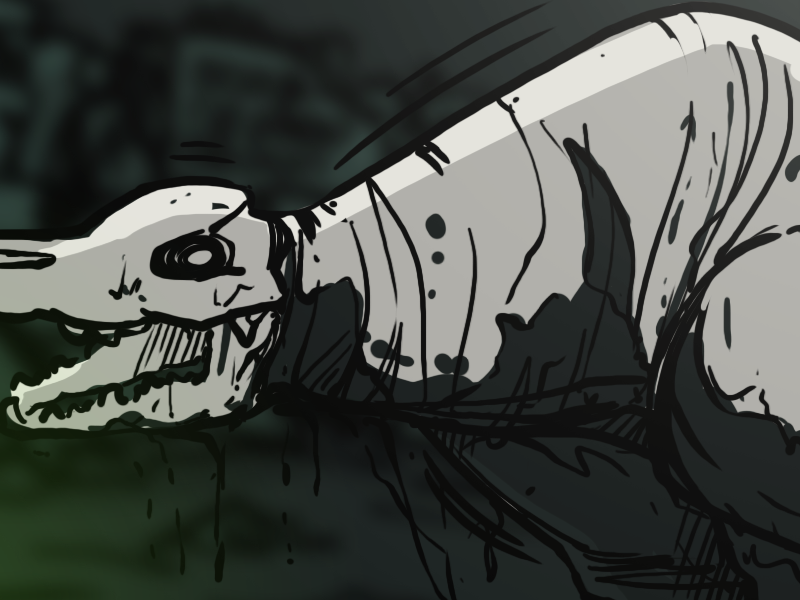 The enormous animal strains forward, not thrashing as before, just a constant straining reach. It's no use though, as it doesn't seem able to move it's left front leg.

"Is there a portal out there too?" asks Kendra.

"I don't think so," says Bina. "It's more like she rebuilds herself out of the mud."

There's a pause while they both stare at the dog.

"We should probably turn off the time machine, you think?"