Primary Temporal Position: 1166
Reset Temporal Position
"Holy crap! Is everyone OK over there!?" asks Kendra, pulling away from the cluster of people who have apparently been trying to hold the door shut. 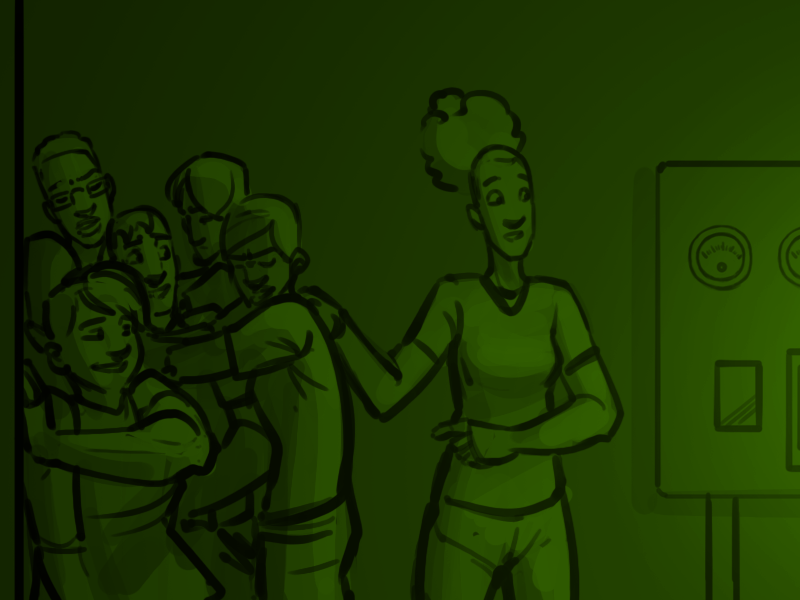 "Yeah," says Bina, realizing that she must have missed a good deal. "We're good."

"Are we about to drown in zombies?"

"Well," says Kendra. "I thought we were, but they just stopped pushing."

"This running through corridors stuff is way more tiring then they make it look on TV," moans Amie. "I need new shoulders, and a bath, and I'd kind of like some pants. "

"Can I uncover my eyes yet?" asks Melissa. "'Cause this is really awkward and I feel a powerful need to yell at someone." 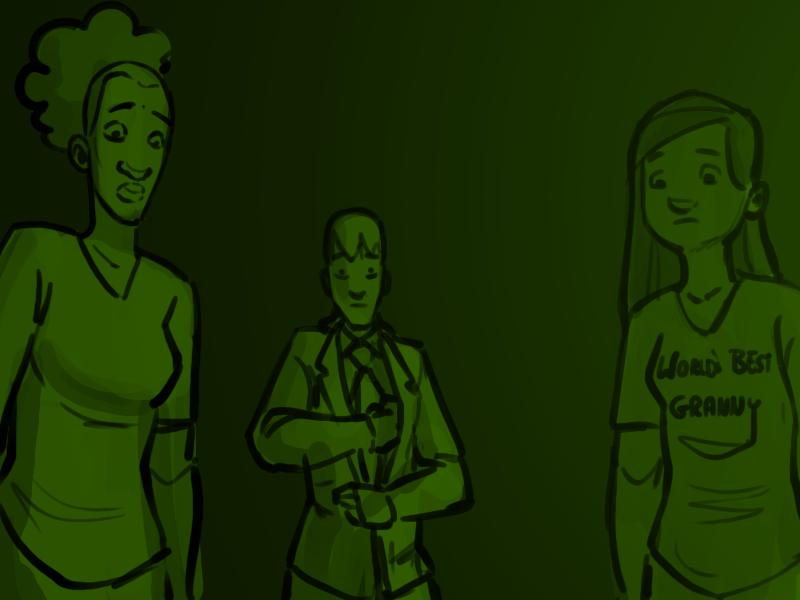 xooxu:
Oh huh. Another situation where I didn't think someone would actually die because they were too important to the story.

"Wow, I did not expect that to happen."

"Me neither," says Bina. "Not exactly like that anyway. I thought he'd get winged, backed into a corner, reveal some kind of secret power or weapon, then I'd have to confront him about the fact that his dog lives in my head…"

"That sounds really complicated," says Kendra. "Still… guess it turned out all right. Dang, I really wanted to punch that guy in the face."