He's going to grab Bina, and then he's going to spin her towards him and get an arm around her throat.

Once she's between him and Elizabeth's gun, he'll sic the naughts on her and then use the naughts in the hallway to mop up the others. If anyone tries to get out portal-ways, they run right into the Big Bad Dog.

Quick and easy, and he doesn't even have to fire a shot.

But that's not what happens, because Bina took those three steps forwards.

Two steps and he could get around behind her before Elizabeth could react. Four steps and he wouldn't have tried it, he would have sicced the naughts on her, then rushed Elizabeth while she was distracted.

Three steps, and he goes for it, but she's just that little bit out of range, he has to take two steps to get close enough to grab her. It's not a bad idea on his part, he is, after all, very quick -

- but so is Elizabeth.

Which is why, none of that stuff actually happens - 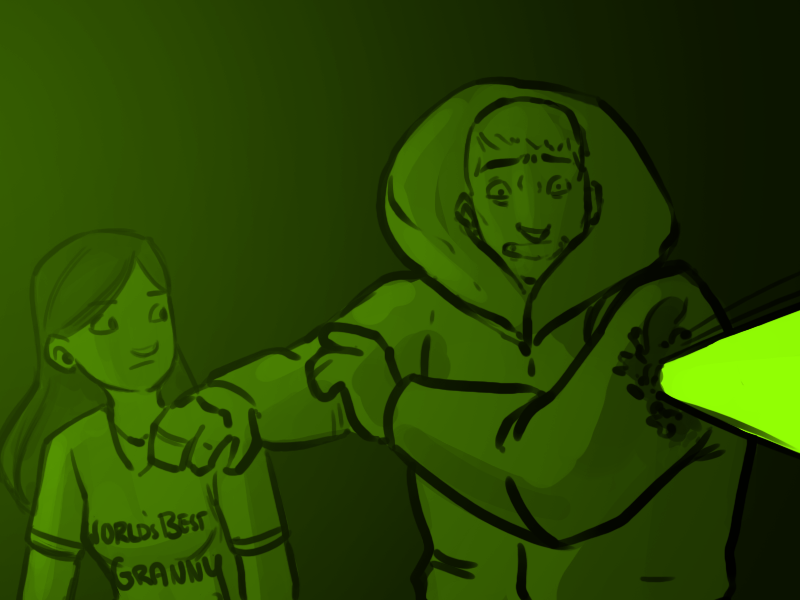 - and Elizabeth ends up shooting him instead.