Bina only realizes that she's about two steps from another panic attack when she loses sight of the emerging dog monster due to gasping. Looks like there's just too many things happening all at once.

She is trapped, they're all trapped, and the monsters are coming.

Her breath burns in her throat, her pulse beats in her ears, and the sick feeling of dread mixing with the smouldering anger she's been trying to keep in check since she woke up. 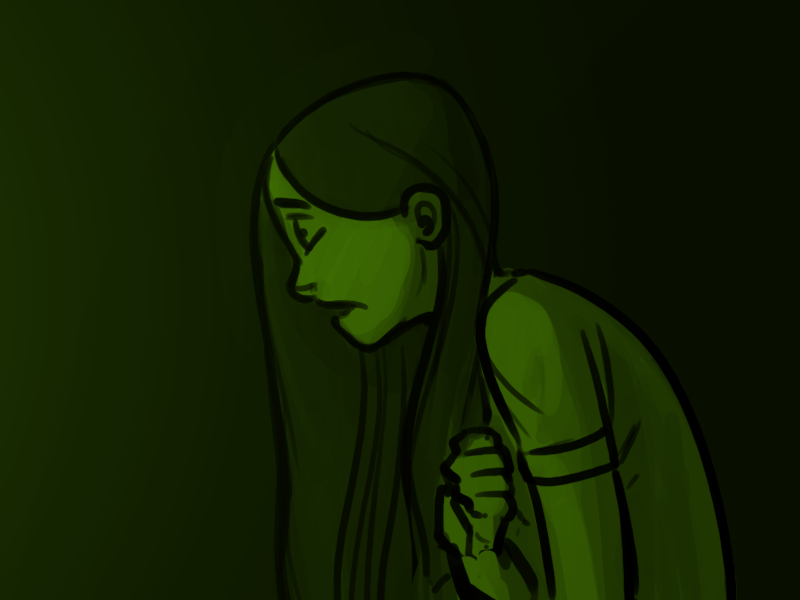 She grabs for calm, trying to shove the burgeoning panic back down under her collarbone, like she always does, despite the fact that it never works, but this time…

This time she does it. 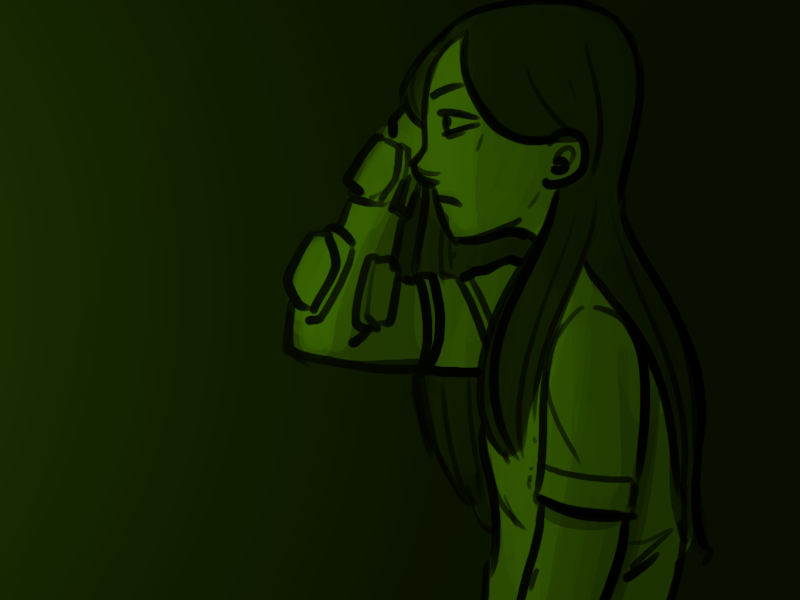 For a second she can't believe it. She's still angry, no she's furious but her breath comes even, her pulse slows, the feeling of doom retreats.

She's still screwed, yeah, but she can breathe. As the panic slides away she realizes that her knees are throbbing, she has a headache, and she could really use a cheeseburger.

How did she do that? She's never managed to pull out when she's gotten that deep bef-

No, don't waste it. She'll think about that later.

It better not be the stupid Doctor Who thing.

It's probably the stupid Doctor Who thing…

No! Focus Bina! What does she need to do? How do they get out of this?

Dave Rapp:
Shooting Gregor won't stop the dog but we can make him less of a nuisance for later. Shoot him in the leg.

Taking Gregor out of the equation would be useful, and personally satisfying, but he's protected by the Botfly's narrative. She can't cheat him out of the way, and he knows it the smug bastard. He's practically mugging at the camera.

How do the good guys normally beat someone like him?

Irony, right? Or some kind of personal revelation. Amie would know, but Bina can't wait for her.

She spends a moment wishing she had focused on creative writing instead of journalism.

Which means she needs to disable the time machine. 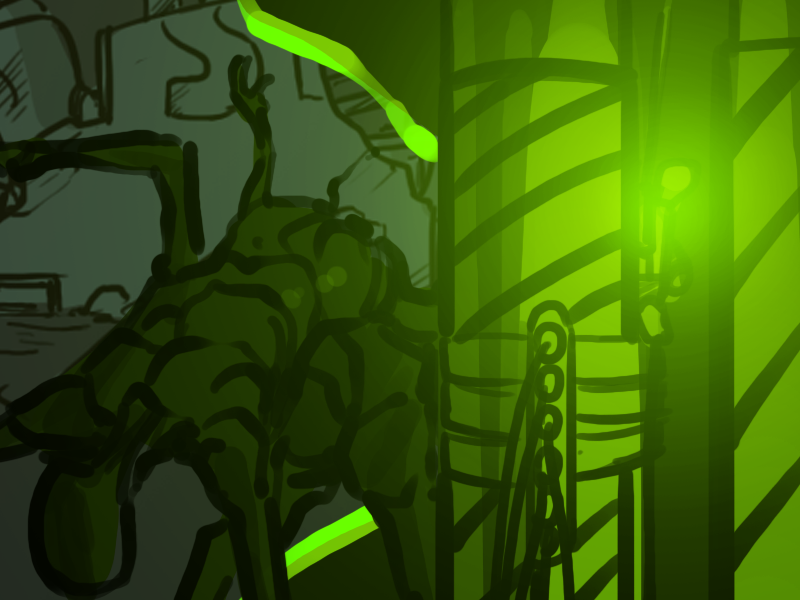 The generators? No, she has no idea how to shut them down, and Kendra is too busy to explain as she's currently behind her yelling at her sister to run dammit run!

If she could get close she could just smash it but she doubts the naughts will let her.

The best thing to do would be to do something that, even if it fails, does something useful…