Primary Temporal Position: 1154
Reset Temporal Position
xooxu:
Just shoot him. I know that seems immoral and hasty, but waiting for him to act isn't going to end well. Plus you're in a hospital, so maybe you can save him, and then restrain him. Plus it seems like the naughts need commands from him to be able to act, so I don't think you have to worry about Horatio coming after you cuz you shot his boss.

I don't know where you could shoot him that would instantly immobilize him so that he can't even give commands to the naughts, but still has some chance of pulling through, but Elizabeth could totally be a secret badass and know something like that. Maybe. And to be honest, the situation is bad enough that I'd prioritize completely immobilizing him over easy wounds to fix.

"Shoot him!" says Bina, feeling like a horrible person but increasingly alarmed. While he held the advantage, things were going her way. Now that he's been blindsided…

"No need," says Gregor, dropping the gun in the dirty water and smiling. 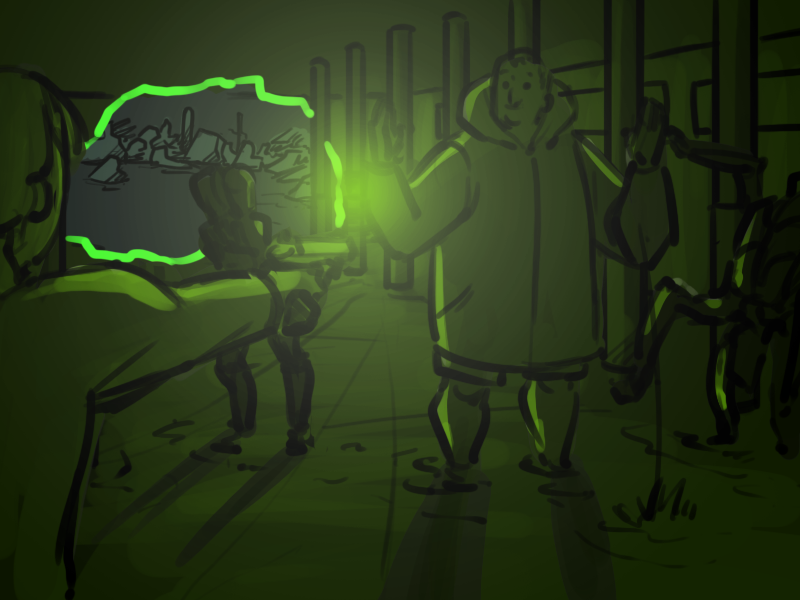 "We are having friendly chat, yes?"

"Do you control them?" asks Elizabeth, not shooting him and instead gesturing at the naughts. "Do they obey you?"

"Sometimes," says Gregor. "Sometimes not so much."

"Well you better hope they do it this time," says Elizabeth. "Tell them to step back."

Gregor gestures, and Bina tenses to run or try jump on him, but rather than swarming over Elizabeth as she expects, the two naughts hesitate for a moment and then take several lurching steps back in that deceptively fast stumbling scuttle. 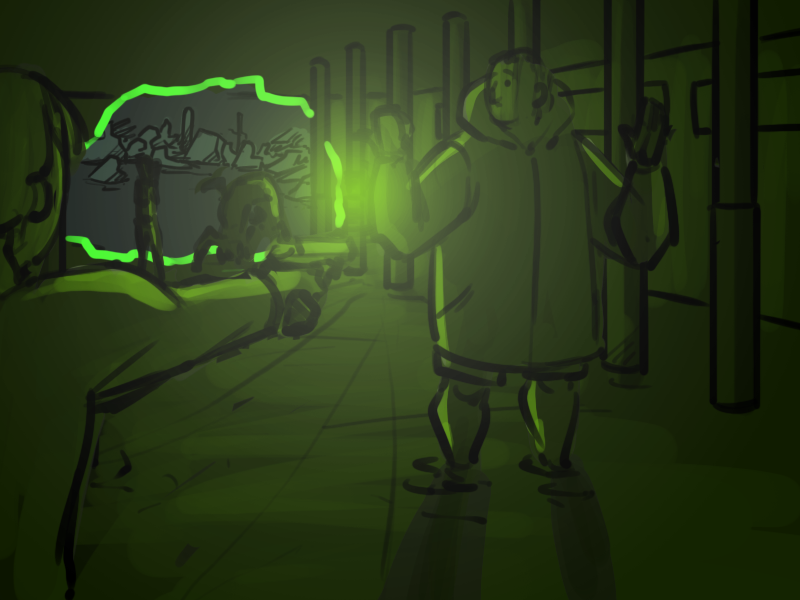 She notices they do not go through the portal, they merely stand near it's edge.

Somehow this makes Bina feel even less comfortable with the situation then she was already.