No take backs for wishes it seems. You wanted the Doctor… well…

"Do not make me do this," says Gregor.

He should have shot her, the naughts should have grabbed her, but they haven't, and he hasn't, and they won't.

"I'm not making you do any of this Gregor."

Xam:
Gregor's a cool guy. He'll warn Bina about the possibility of him kneecapping her before he actually shoots. But he'll say it only once so Mouse Girl better obey.

Gregor sighs. "There are so many places to get shot and live and -" 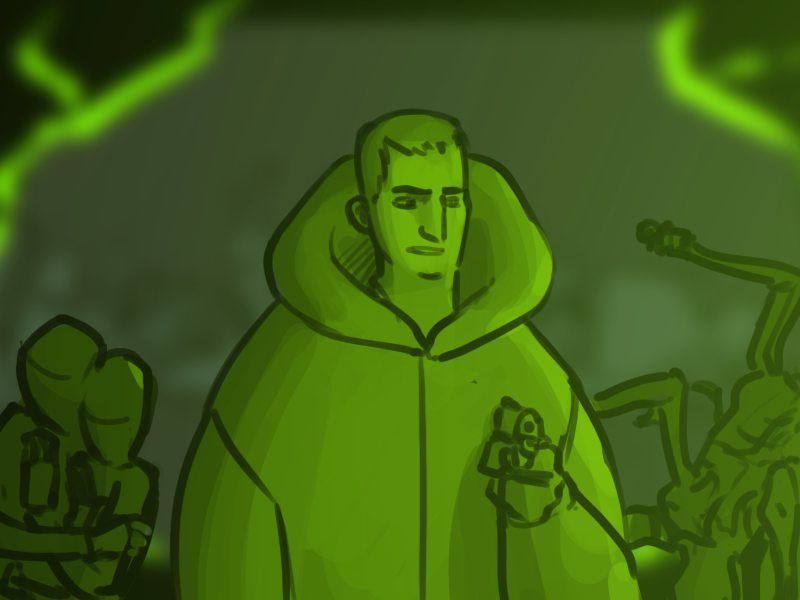 "- and, well, there is more than one way of being alive."

She's sure he means it, but to Bina, his threat sounds a little hollow.