"Cover his eyes!" whispers Emmie, as loud as he dares.

Elizabeth looks up, confused and startled. 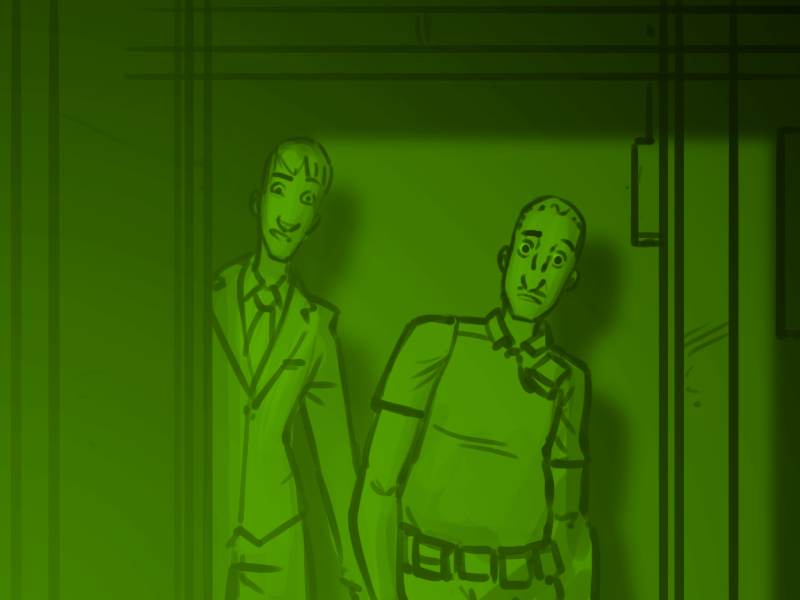 Juddy555:
>Pull him into cover 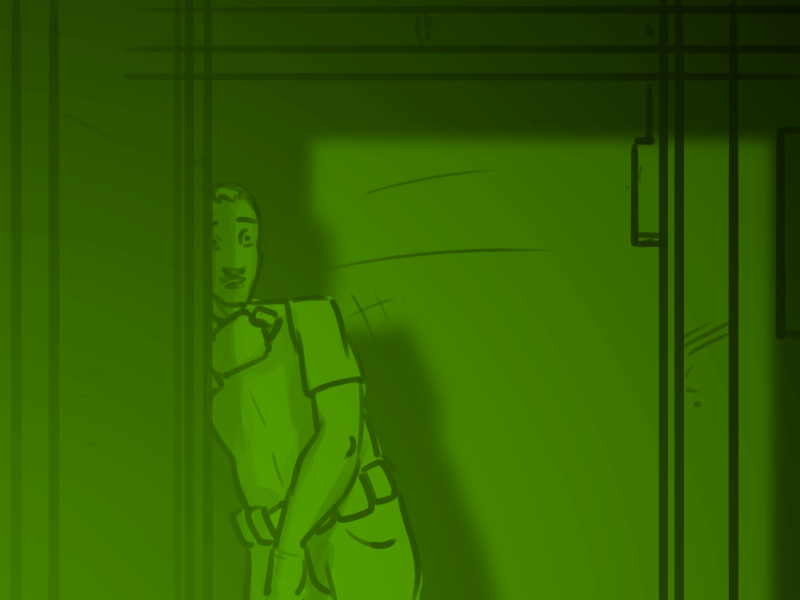 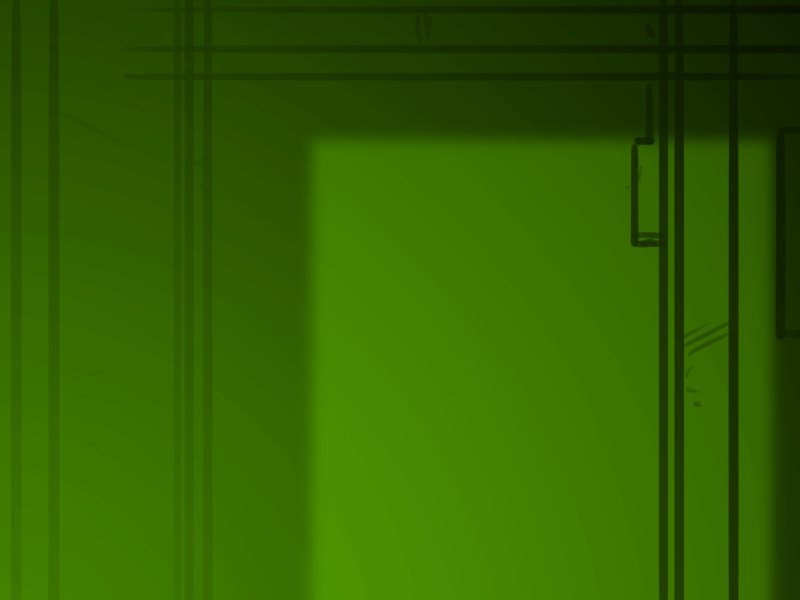 "So many beautiful eyes…"

Unclever Title:
>Either interrupt his line of vision or take his gun. 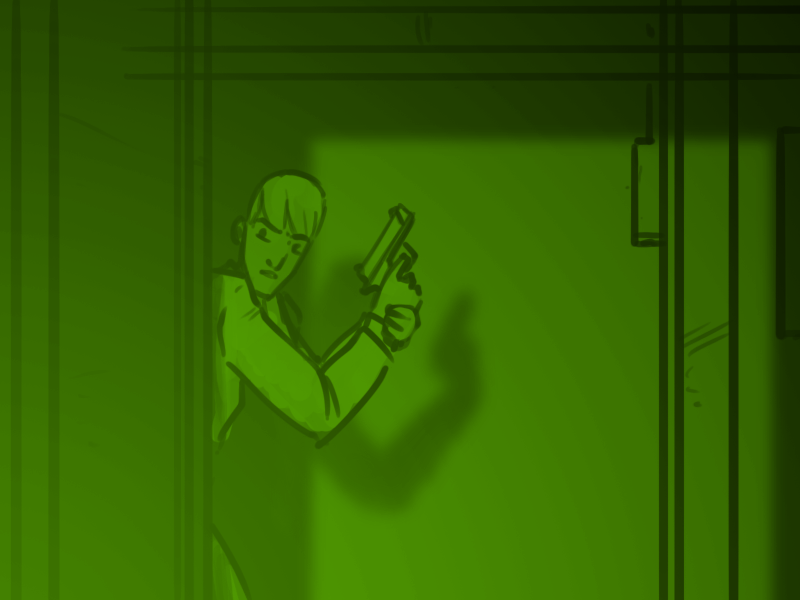 "Christ, she better know how to use that thing, or she's going to get everyone killed!"

Aah! Thank you for reading!