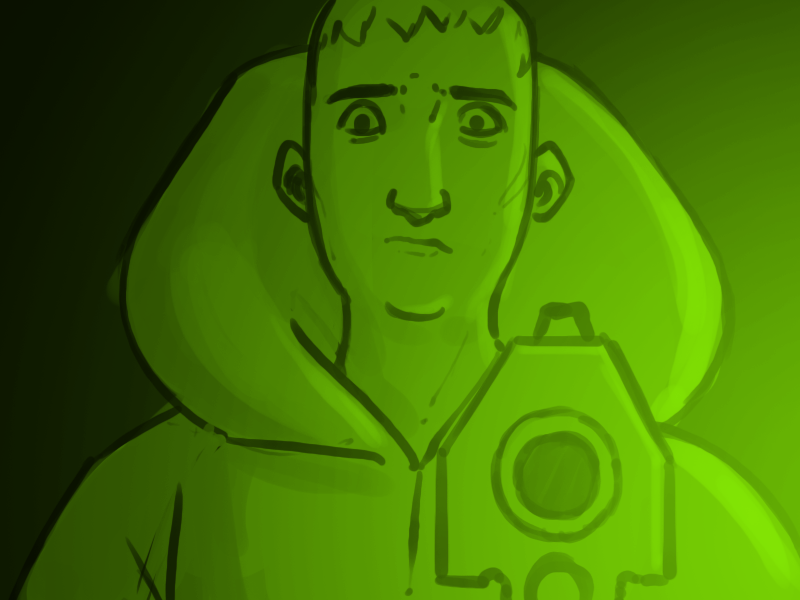 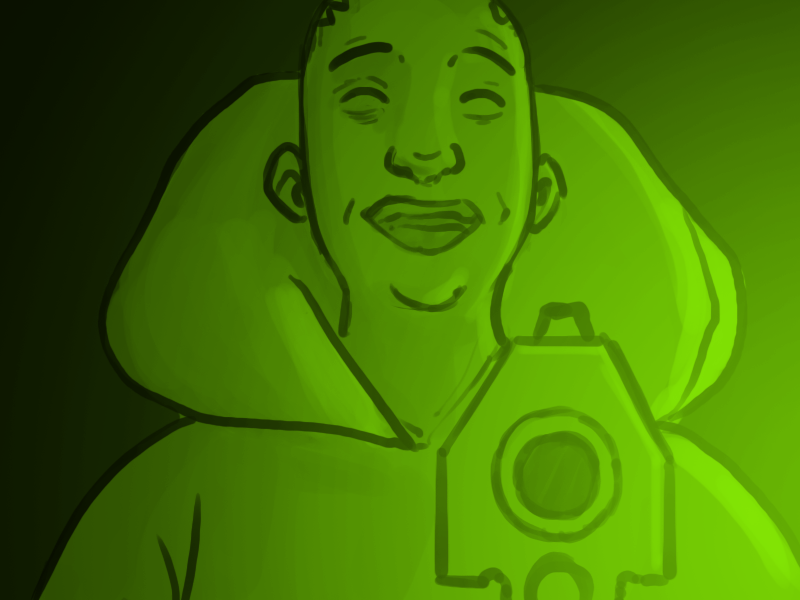 "Hey!" says Bina, annoyed at his laughter, and annoyed even more by the fact that he hasn't lowered the gun. At least the naughts have stopped moving closer.

"I am sorry, I am sorry," he says, breathing hard for a moment and then getting himself back under control. "I am going through all this trouble to hunt you down and finally I am catching you and - it is just I am expecting you to say something, you know, defiant or clever and you - you instead just complain about nick name?"

He laughs again, bubbles up from beneath his attempt at composure, cracking his face into a smile for a moment and then bursting out in loud barks.

Bina's not sure what she was expecting from Gregor's laughter but it wasn't this. It's not sniggering, it's not even hysterical or manic. He is not lording over the fact that he's got her at gunpoint. It's just… normal, normal laughter. The kind of laughter shared between friends when one of them does something unintentionally hilarious.

For some reason, this doesn't seem fair to Bina. Someone holding a gun on you shouldn't be allowed to laugh like that.

Horrified, she finds herself fighting back reflexive laughter as well. 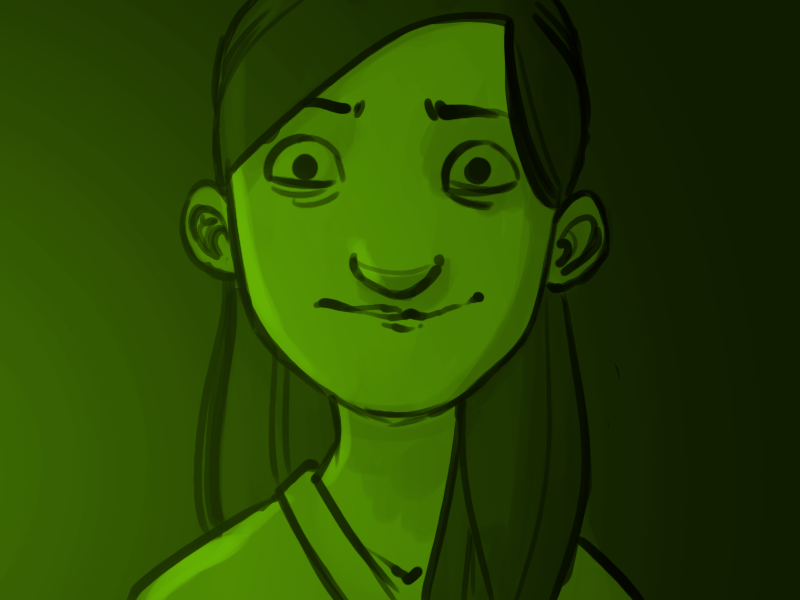 How long has it been since she laughed? Really laughed, not out of relief, or vanishing fear, but at something actually funny? It feels like years.

What to say? She has to say something, keep talking. She decides to just roll with what she started with. Stifling a snort of sympathetic laughter she says, "I'm not even that short! This is entirely unfair. Am I supposed to start calling you Bear Guy?"

"Bear? Me?" says Gregor, incredulous. He thinks about that for a second. "No, bears too dignified - I am more - what do you call them…"

He gestures with the hand not holding his gun next to his face. "They live in sea and have big teeth down side of face like this…?" 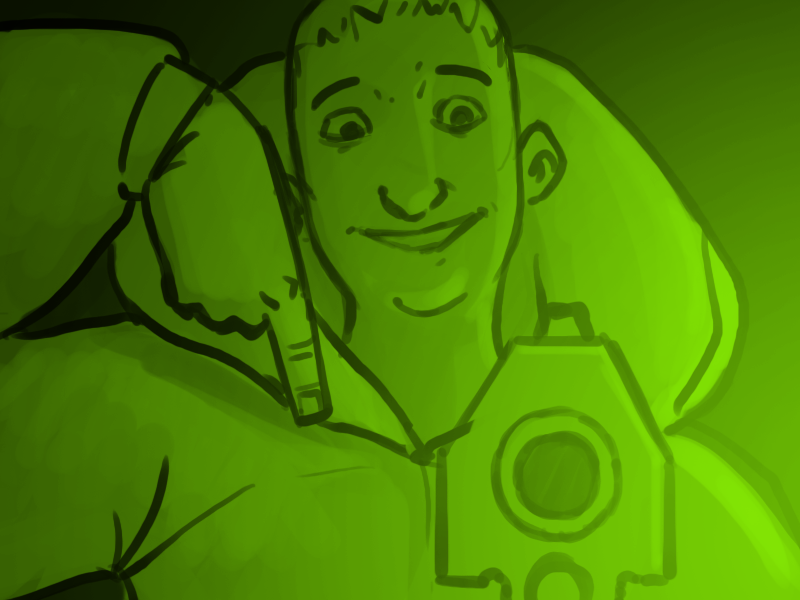 "Walrus! Yes - that is word! - I am more walrus I think, than bear," he says. "But this is not why you are mouse. Is not me who gives this name. Mouse is what the Lady calls you."

"What?" says Bina, and hears her voice come out flat and deadpan. Her brain slips a gear for a few seconds. The giant bug from space has given her a pet name?

Her confusion must have showed on her face because Gregor tries to explain.

"Well, she is lonely yes? Very very lonely, so sometimes I am telling her story," says Gregor, as though he were not talking about a giant bug from space. "She is not always understanding them so well, but I tell them anyway because this is what you do, yes? If someone is alone?"

Bina has no idea how to react to this, so she just nods.

"Earlier, I tell her story - I do not know English name - it is about little children who go through magical closet and meet talking animals?"

Bina knows the story. Her grasp on this situation is rapidly falling apart. The idea of this man, this man who raises the dead telling a vast extradimensional parasite children's stories just will not compute. It's like a joke in a language she doesn't understand, where someone has replaced the punchline with a Salvador Dali painting.

She nods again. What else is there to do at this point?

"So I tell her this story and when I am finished she tells me that you are like mouse in story, small, yes, but important, so this is what I am calling you. It is not meant as insult."

Bina isn't really sure how to respond to that, she can't remember any mice in that story. Beavers, yeah, and wolves, but no mice. There was a mouse with a sword in one of the later books but - she tries not to think about how incredibly bizarre this conversation is, and fights the urge to shoot a glance over at what Kendra and Emmie are doing beside her.

After a few seconds she realizes that she's waiting too long for a reasonable response to come to her, so she just says "Ohhhkay…"

"Very good. We have laughed, we have made with the politeness, and it is almost as though we are friends again," says Gregor, appearing to be trying to project false joviality at full volume. "So now it is time for you to come through portal with me or I will be shooting you, yes?"

2BR02B:
I just caught up, and I want to say, this story is absolutely amazing. Your storytelling, tone, character, and art are all on point. Thank you so much for writing this!

Thank you so much for reading! I'm really glad you enjoyed it so far!