"He won't shoot me," says Bina. "He needs me for something."

"Which is precisely why you shouldn't."

"Well," says Bina, watching the naughts around the corner of the generator. "The choice is looking to be between 'he gets all of us' or 'he gets me', which is it?"

ForestGardener:
I have devised a plan!

>Step 1: Use the Moment.
Step 2: Return here a few minutes ago. If this requires another time machine and a second use of the Moment, so be it.
Step 3: Hide, one each, behind three of the four remaining generators.
Step 4: Quietly wait for just after the current time.
Step 5: Close the portal.
Step 6: Cackle madly or GTFO, depending on circumstances.

Bina should have the Moment when executing this plan, in case the room is unsafe upon closing the portal. Pop out, pop in next to Kendra. Repeat for Emmie. Leave.

"We can use the Moment to get past him," says Kendra. "Shut down the generators."

"And smash more holes in time? Next to that!?" asks Bina, pointing a thumb over her shoulder at the gateway, still enormous even after losing a quarter of it's radius. "Remember what happened in the tower? The holes we opened there were a tenth of that size and we only made three of them, and they weren't open very long. That thing's been open for like half an hour! If we screw the pooch again and we collapse another area of spacetime, what do you think is going to happen?"

"We'd knock the building down," says Kendra. "At the very least."

"Yeah," says Bina. "And that's assuming we don't, like, break the universe in half or something."

"This is a hospital," says Emmie, kind of out of nowhere, but he isn't particularly enthusiastic about this talk of the building falling down.

"My offer of lenience," says Gregor, in the lime tinted darkness. "It is not lasting forever."

Xam:
Evil Suggestion: Send out Emmie instead. I like him, but he's a red shirt and therefore expendable compared to our two main characters. He should be able to keep Gregor distracted with his ability to speak English long enough for Bina and Kendra to shut the generators down. 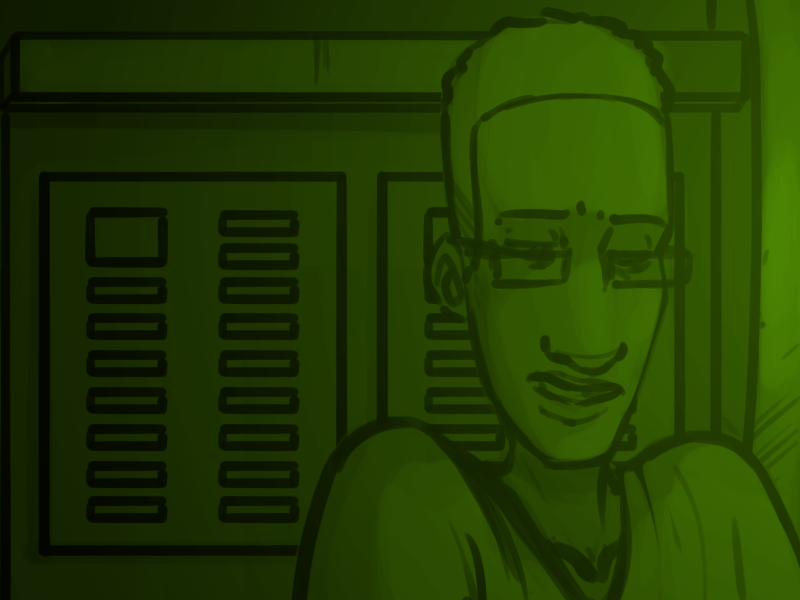 "If I go, I can play it off as though I'm just someone who wandered in - like I have no idea what's going on - which, by the way, is pretty close to the truth."

xooxu:
I'm still up for talking from the shadows. Maybe it's a bad idea because he can find you that way, but distracting him while some shuts down the generators might be our only shot.

Emmie tries to smile, it goes about as well as you'd expect under the circumstances. "Maybe I can distract him and you can get the jump on him, or I can buy time for you to - "

sahArab:
It's been such a long time since you walked into that laundromat and tried to do some laundry. You've been through so much and learned so much but you don't know why. Aren't you tired of theorizing on Botfly's and unlights and Naughts and why any of this is happening? On trying to piece together bizarre rules and guidelines? Are you going to keep staggering from one situation out of your control to the next, doing just enough to keep your head above water until you no longer can? The Botfly and Gregor have been moving you around for too long. It's time to become a player in this game.

But when Kendra looks up, Bina has already made this decision for them.