smurfton:
If we unplug it, those who were taken through might come back to this side.

"If that thing turns off, does that mean everyone comes back? I mean, they're time travelling, right? So-"

"They'll have caught up though," says Bina. "With their primary temporal position, like Amie did. If the trip lasts long enough for you to catch up with yourself then-"

"Then the tension breaks and you don't go back," says Kendra. 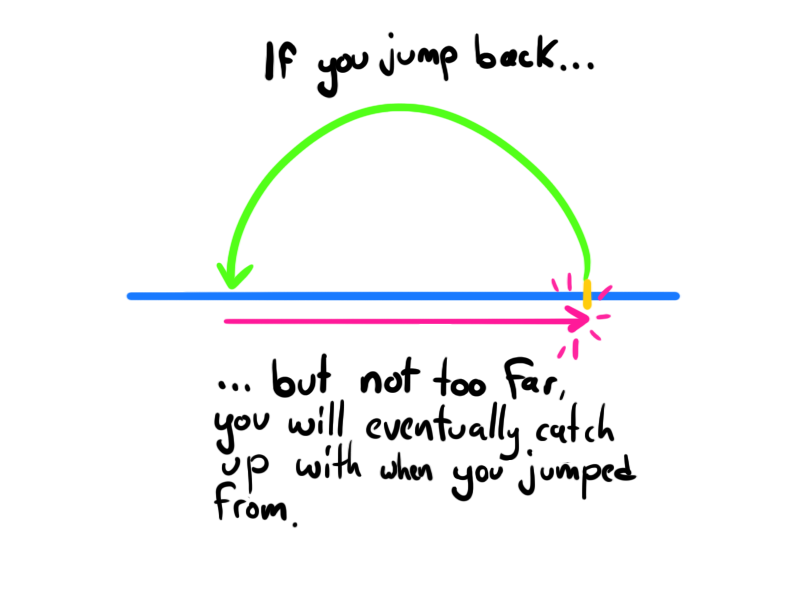 "Right… but they'd come back if that were infinitesimally in the future right? Rather than infinitesimal in the past?"

Bina has to think about that. "Uh… yeah, I guess. I mean, the time machine would still be moving forwards, but you'd be moving forwards with it. I think it would work. You'd still be under tension, so when your vector got unstable enough you'd snap back." 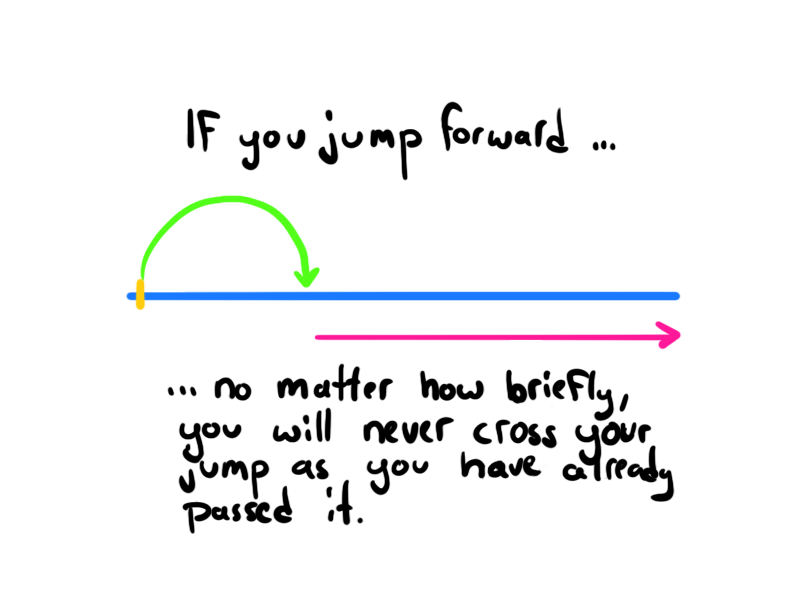 "Of course, that would be really stupid, because don't mess with the future and also why would he set it up that way? He'd lose all his captives when the machine went down."