"What's taking her so long?" whispers Emmie. "Should we go after her?" 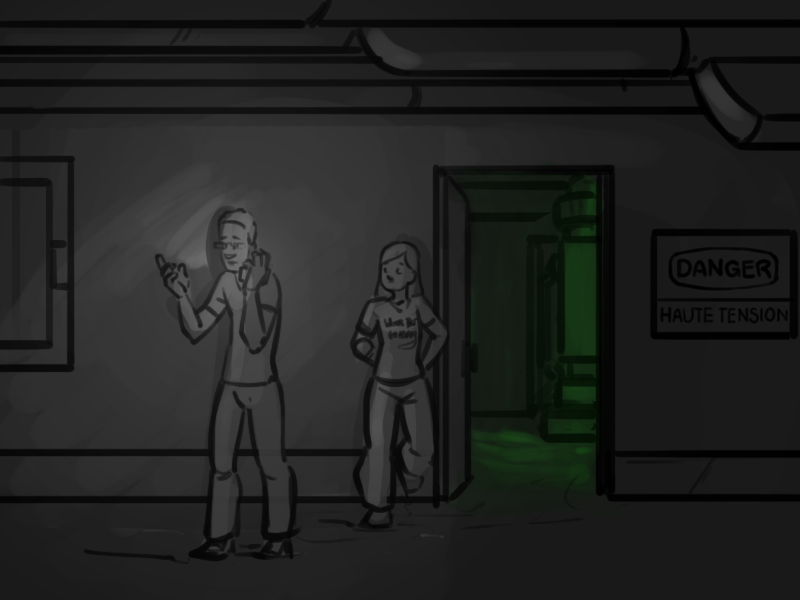 "Kendra knows what she's doing," says Bina, who had just been about to make a similar suggestion but finds herself making the opposite point because someone has to be the sensible one. "And it's only been like, a minute. We just need to wait and she'll-"

"Bina," hisses Kendra over the rumble of the generators from somewhere in the emerald tinted shadows of the power room. "Get in here! We have - uhh - we have several problems."