Bina would really like everything to have been a dream. Just a crazy nightmare she can laugh about with Hanicka and Jen at work tomorrow. Please be a dream. Please be a… 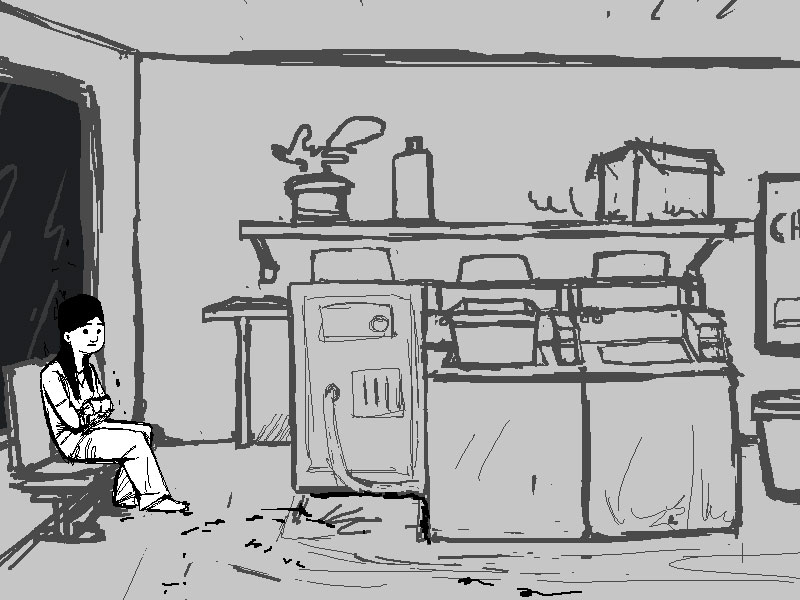 It wasn't a dream.

The evidence is ambiguous.

Kíeros:
> Do you notice if anything has changed since you were last here?

The dog-thing is gone, as is the washing-machine that contained it, and the swiffer. Not to mention that she was lying on the floor over there, and not on these bench things.

Crowstone:
IS YOUR ARM OKAY

Her arm is still bandaged. 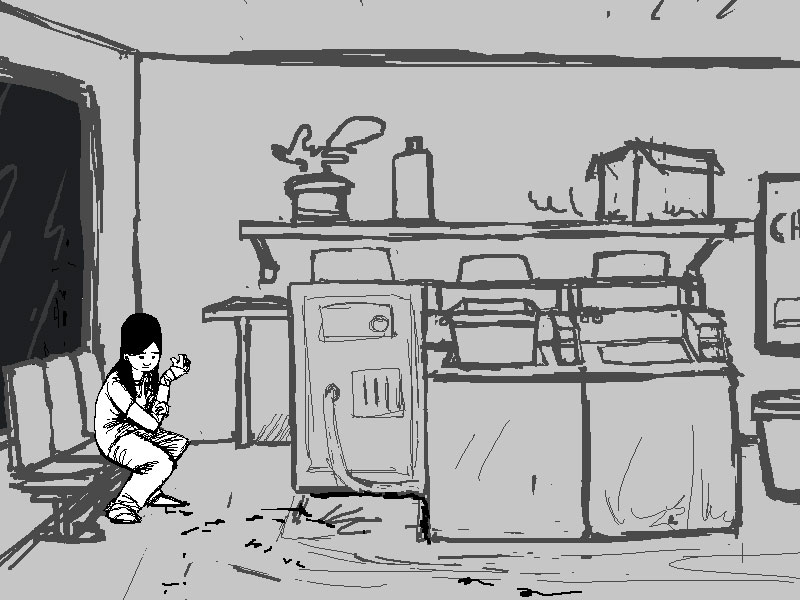 It doesn't hurt, and it looks like it's stopped bleeding, but it ITCHES a LOT. Eurgh, it looks like she was scratching at it in her sleep.

The skin around the bandages is pale and puffy. 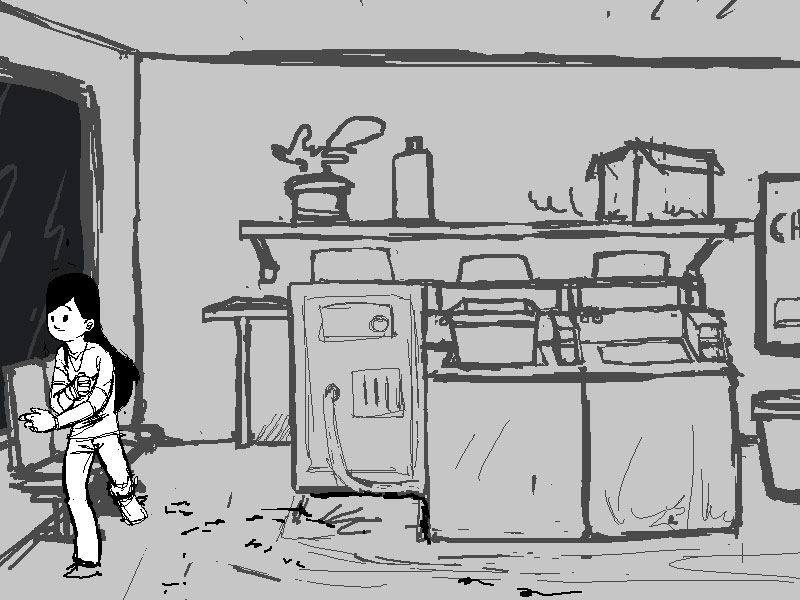 Don't have to tell her twice, screw her laundry, time to leave. She heads for the door. 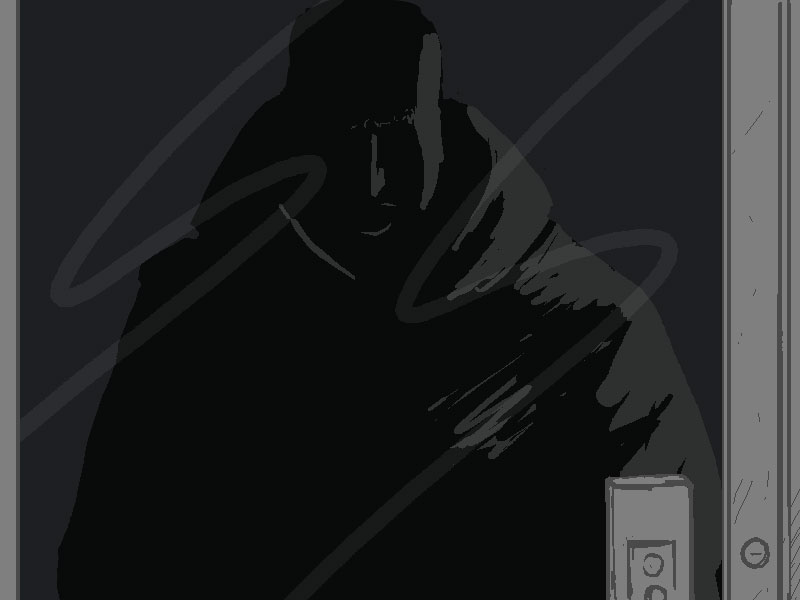 There was no new retcon, unless you count my spiffy new navigation buttons I've been slowly adding to the old posts. I'm up to eighty now, which is slightly further then my old link buttons reached. They are taking a surprising amount of time.

Dregadude:
Oh, right. I think I forgot about that because I wasn't sure why he had the time limit in place to begin with, but now I see the effect he was going for.

When I initially started this adventure four and a half months ago, it was at the end of a long period of psyching myself up to do something like this.

Since I was sixteen.

I've wanted to do a comic, or something like it, on the internet, since I was in grade ten.

Initially, this adventure was going to be done in 3D, but 3D modelling takes a fantastic amount of time up front, and I spent a VERY long time mostly not-working on those models.

You know, that thing where you trick yourself into thinking that you're working on something but you're really just -thinking- about working on it, and you spend very little time doing the work?

I was doing that.

Twelve years of that.

And also that thing where you say to yourself, "I really like this idea, I want to save it until I'm better at art so I don't ruin it."

I did a lot of that too.

So one day, I was talking to my friend over skype, and I realized that I was never going to do this. Ever. Unless I started that day. Right then. So I decided to ditch the 3D idea decided to do it with drawings. It would be slower overall, but it would let me start now, which is what I needed to do.

So what did I do? I did not start that day. Of course I didn't.

Instead, I went out for a nice dinner with another one of my friends, came home, and had a panic attack.

The next day I was able, finally, to start it. I was only able to do it by tricking myself into it. I laid down a set of rules. I'm good at rules.

I would post, daily, until I was finished the story.

And it has worked, so far.

It didn't look very good, but I didn't care. I was working under ridiculous time constraints. What did I -think- it was going to look like?

And that was how I tricked myself into doing this, and why the first chapter looks the way it does.

"And maybe it won't take three minutes, maybe it will take eight minutes, or twelve minutes, or 45 minutes (which is what the final panel of the last intermission took, the big one of bina climbing), but I can promise you one thing."

"It will not take you twelve years."

I liked that clock. Some days I miss it.