"Okidokie," says Amie, deciding to just keep rolling with it until something goes catastrophically wrong. She edges her way through the circle of naughts, careful not to touch any. "Scuze me, scuze me, comin' through, aha! Lets see what we got here."

Rather than turn on her and devour her, the ones that awknowledge her seem to peer at her from vacant eye sockets in puzzlement. Eventually, she makes it to the front of the queue. 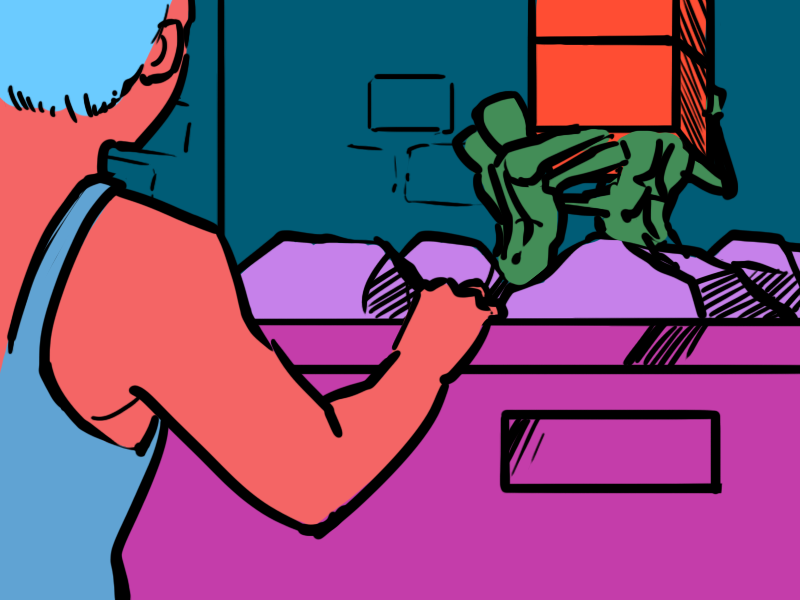 "Well there's your trouble!" she says, to the disinterested naughts. "Has nobody ever taught you guys about the value of co-operation? You two are like the kid with their hand in the cookie jar." Amie makes disgusted tisking noises. "All right, don't you worry. I've got you covered."

Amie somehow feels like this would be the time to roll up her sleeves, but as she's currrently lacking in that department she just cups her hands around her mouth and calls up to the chute. "Hey Melissa!? You holding on in there?"

"Just - barely," says Melissa through gritted teath. "Do something now!"

"Righto!" says Amie, climbing into the laundry bin. "I'll have this all sorted out in a jiffy!"

Hey everyone, just letting you know that the next few days might be a bit slow and full of errors. I have a pretty bad ear infection and it is really hard to concentrate.