ForestGardener:
>Looks like you need to inoculate Emmie against the "ooh pretty" effect of unlight before going in. If looking at the reflected glow works use that, otherwise he's gonna have to see it directly.

"Stay with Emmie, don't let him look at the unlight."

"Bina? Explain," says Kendra. "And give me your flashlight."

"The Botfly itself isn't here," says Bina with confidence that immediate gives way to doubt. "Probably. It's just - it might try to hypnotize you, or put something in your head."

"Ah," says Emmie. "That… sounds like something I should try to avoid."

"Totally," says Bina. "But you might not be able to. Kendra? We should maybe show him here, when we can both watch him and stop it before it gets weird."

"Uhhh what?" asks Emmie. "I don't really like that plan. I don't like this plan! Can't we all go together."

"We can argue about it in a minute," says Kendra, pecking him on the cheek. "But for now I'm going to get Mel. Be back in a second…"

"How is this happening," breaths Emmie. 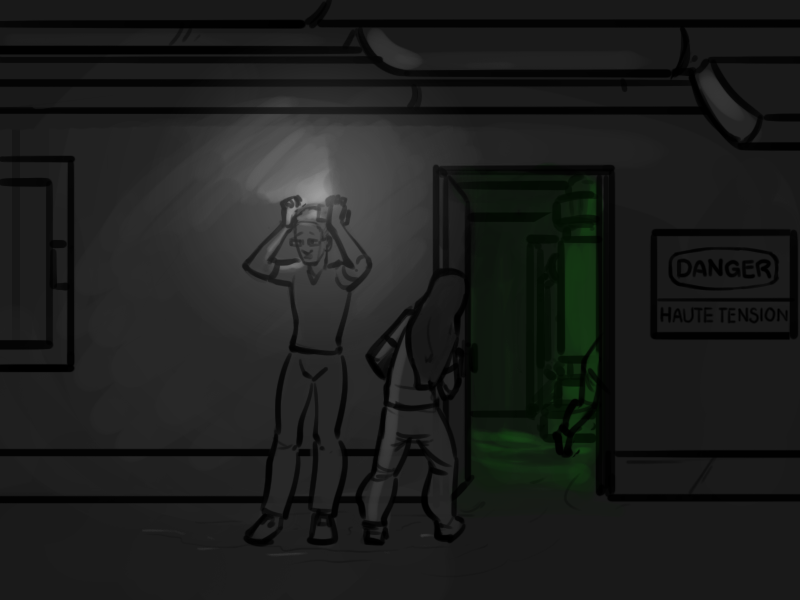 Kendra slips through the door into the green tinted dimness.