"No! I mean, we're at least three kilometers outside the furthest extent."

"Based on twelve's measurements," says Bina. They hadn't had an opportunity to measure the extent of the entropic disturbance themselves yet. "Besides, it's a gaussian distribution, right? If we assume the well gets bigger each loop and the edges are fuzzy enough then -"

"We'd still be right on the edge though -"

Dalm:
Why is it here though. Did it follow you? Or did using the Moment here bring it somehow?

"You were able to use the Moment, right?" asks Bina. "Every time we do anything with the unlight we deepen the cracks and make things worse."

"I am just going to pretend I understand what you two are talking about," says Emmie, mostly to himself.

"Shhh," says Bina, turning off her flashlight. "Somehow, I don't think that is going to be a problem."

sahArab:
Crack or no, you should have been able to walk the length of a hospital by now.
> Reach the generators! (And maybe Melissa.) 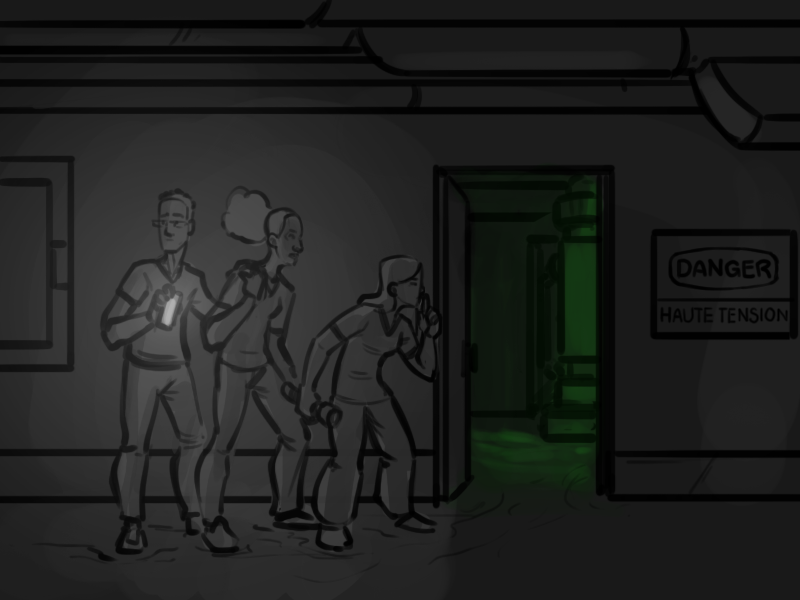 Through the door comes the sound of running generators.

ForestGardener:
Google maps says there is a hospital at the corner of Atwater and Maisonneuve. Is that where we are?
ForestGardener:
On second look, the thing at Atwater and Maisonneuve is a physical therapy center, so Kendra is probably referring to the bus stop at that intersection. The hospital they are at is Montreal Northern Hospital (http://www.all-night-laundry.c… ), which apparently doesn't exist. A Montreal hospital that got a wing shut down in 2011 but is otherwise functional should show up when googling its name.

You are correct, Montreal Northern is entirely fictional.