Primary Temporal Position: 1086
Reset Temporal Position
btp:
Bina > This is bad. You want to go after that guy to save him but…You know he isn't the only one in trouble now. Everyone in the hospital is in trouble. You can't stop the naughts, you can't kill them…but you can call them.

"You idiot! We could have stopped it."

btp:
You could, feasibly, beckon the naughts out of the hospital. With a large enough beacon, get them all in one place and trap them. You've done it before with just a couple…it's risky but you could potentially save everyone here…

"With what? The guns you already shot it with like ten times?"

btp:
…but that's just it, isn't it…in order to call the naughts, you would need un-light…a lot of un-light…It would risk being visible, others could see it…not sure you could trust Aime not to want to take a peek…

"Get her out of here, I cannot deal with this level of crazy right now."

"Crazy? Hello? Did you miss the part where monsters are real?"

btp:
…and here we are. Ever since you've gotten into this, you've wanted something. Not just to get out or escape or rid yourself of this craziness…you've wanted to help people, to save others from this monstrosity. The botfly has given you the opportunity to protect everyone here…by giving the monster what it wants most. 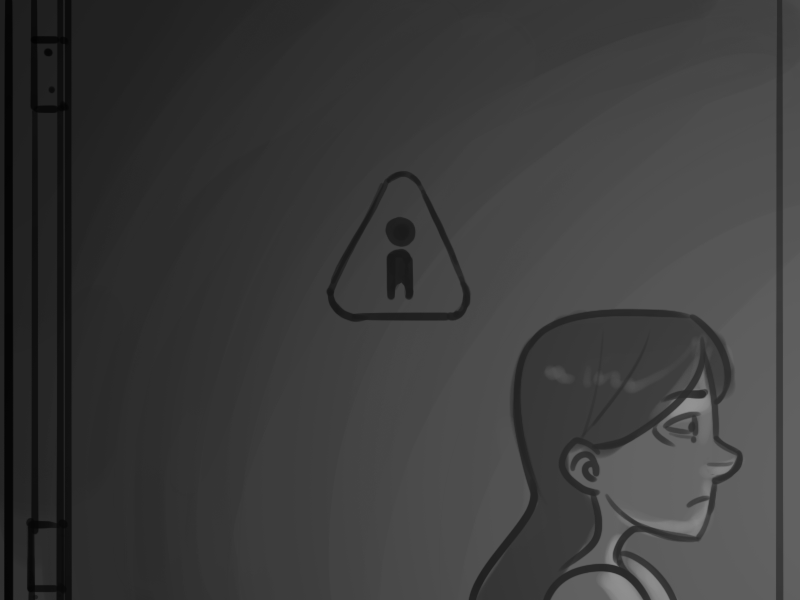 "Amie, shut up. Edwards, how far can it get going through the ceiling? If the guns aren't working, we're going to need to trap it."

"It can't get far, not unless it's strong enough to just kick through into the floor above it. It'll drop down somewhere, probably in the girls washroom just over -"

"Hey! We sealed the doors down this side of the - holy crap."

"Was that Doctor Jacobs I heard shouting?"

"Everyone out of the bathroom! It's going to-"

btp:
Maybe this is what B3 figured out. The more you care about saving people…the more the botfly will orchestrate things so that you must use it to save them. The only solution…is to stop caring. To let yourself grow cold and indifferent until there's no reason for anyone else to be in danger.

"It's heading for the elevators!"

btp:
But you can't do that…can you?