tronn:
>grab a trash bin or something and lunge at it, no time to think!

Bina looks for one, it almost sort of worked the first time against the dog, but the only garbage can in the room is for hand towels and it's built into the wall.

The person, a doctor by the looks of it, grabbed by the Naught does not stop screaming and struggling as the creature rights itself with that same uncanny stuttering speed. 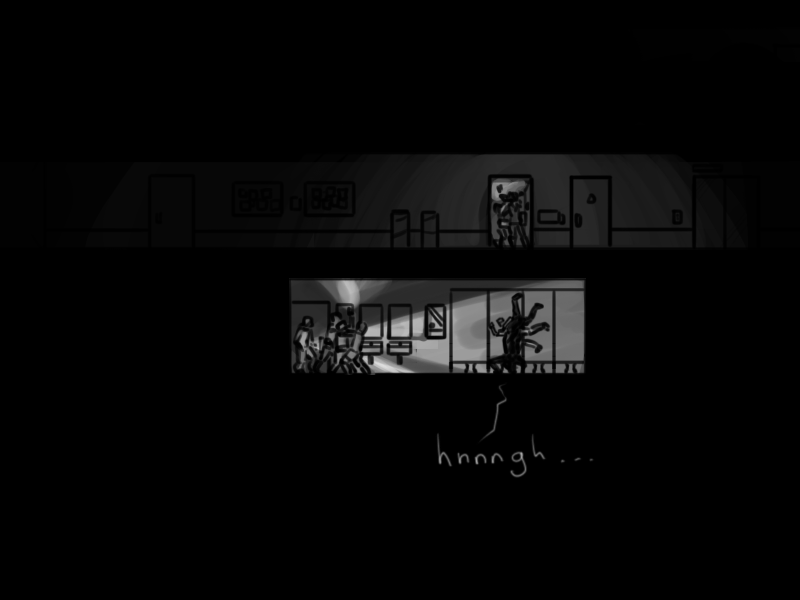 "Get off!" yells Castillo at Amie, who is in front of him blocking his aim. "Get out of the way!"

"You're going to hit him you idiots!"

ForestGardener:
>Person on the ground: Fight for your life! Hit it in the head! The head!

"Help me! Please!" yells the man, with one arm free he is trying to tear the flesh encasing him away, but doesn't appear to be able to get any purchase, the flesh of the naught slipping under his fingers like tough wax.

The Naught, ignoring its passenger, flexes its three arms and leaps, as a gunshot from Edwards, momentarily free of Amie's interference, zips harmlessly past it into the roof. 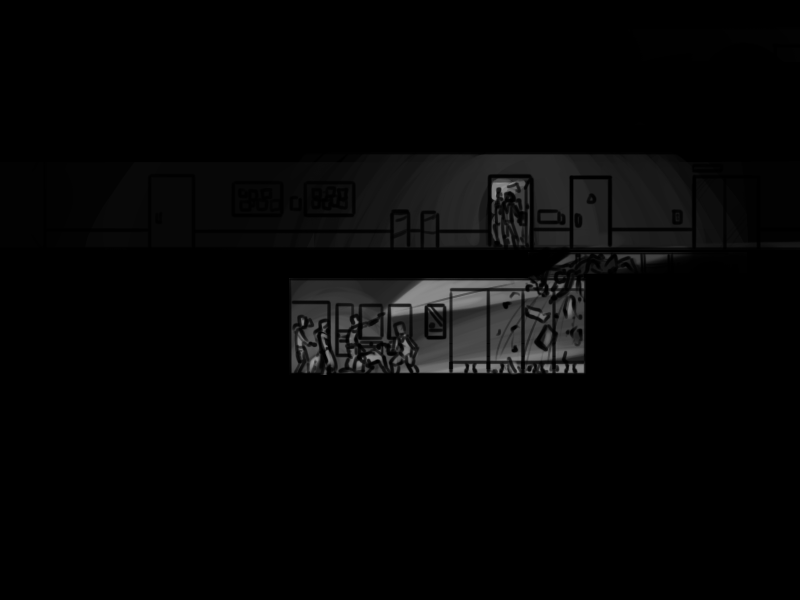 It crashes through the ceiling tiles and is gone into the shadows of the drop ceiling, dragging the screaming man with it.