Wolftamer9:
> Tell them that guns won't work, they need to make a break for it!

The Naught doesn't stop, doesn't acknowledge the police at all. It lurches forward with the same implausibly fast stutter-stop movement the Hound uses, balanced on three hands, it's legs bobbing uselessly above it.

The gunshots are enormous in the enclosed hallway, like hammer blows to the the ears, far louder than they sound on television or in a video-game.

The police fire again and again and of course it does nothing. Bina can see the impacts, the Naught is being hit, at the range they're shooting it would be hard to miss, but they might as well be shooting a bag full of gravel for all it slows the thing down.

Worse yet, by its body language, it's clear that the Naught isn't even heading towards them, the police and their guns as relevant to the creature as the pictures on the wall.

It lurches into the bathroom. 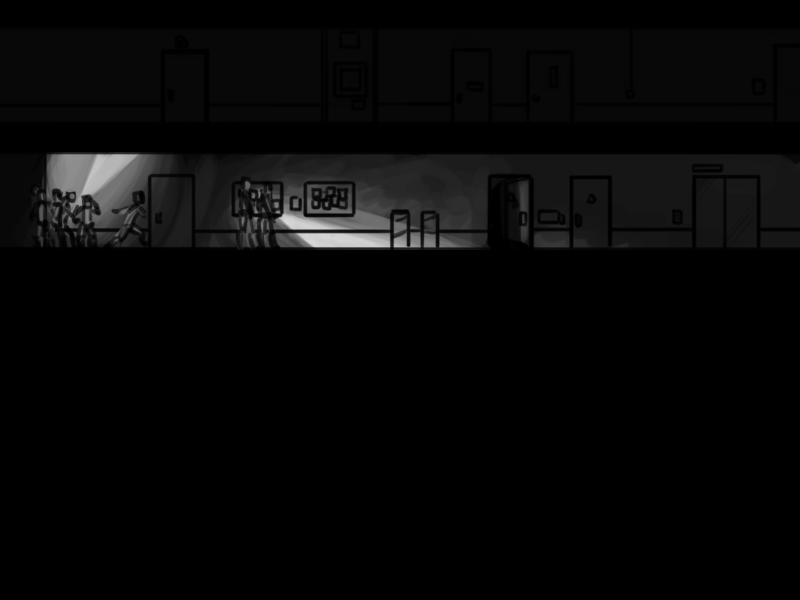 "It's running!" says Officer Edwards into the ringing silence. The acrid smell of gunpowder mingles uneasily with the sweet burned meat smell of the muddy water.

From within the bathroom come the sounds of more screams.