Primary Temporal Position: 1076
Reset Temporal Position
Kree:
And without a Doctor (or a suitable stand in) to swoop in at the nick of time, things are going to go sour quicker than "Turn Left" did.

"We are in trouble," says Amie.

"That isn't a normal scream," says Emmie, who by this point in his career has become something of a connoisseur of screams. "People scream here, but not like that."

It had been a panicked scream, a scream of terror.

Kree:
I hope your legs are healed up Bina, because there's probably going to be an awful lot of running to do.

"Where was that coming from?" asks Elizabeth.

Without really meaning too, everyone finds themselves standing up. 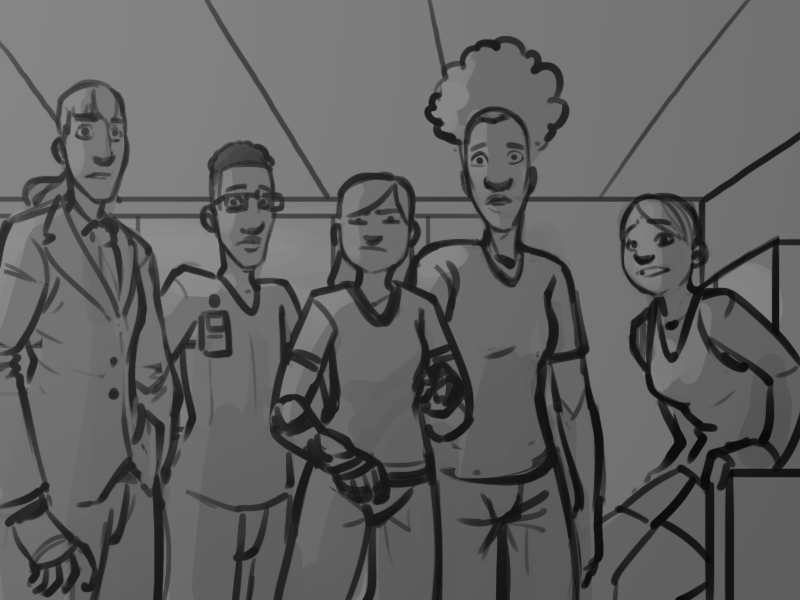 "Hey!" Bina says to the police peering out the door. "Care to share what's going on out there?"

This ended up being a lot more 'pose as a team'-ey than I set out to make it.